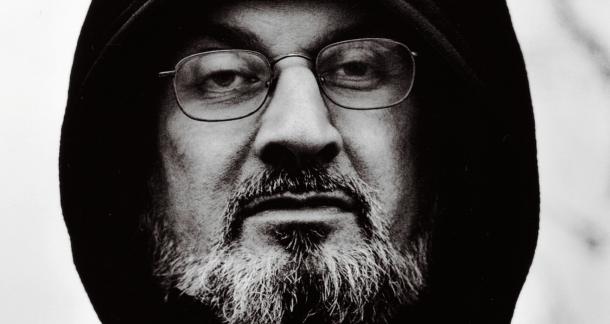 Salman Rushdie considers Kingsley Amis a one-star writer. And he said so publicly. Sort of.

The internet has been abuzz after Salman Rushdie logged himself onto Goodreads and began rating several classics, many of which didn't get ratings others feel they deserved. To Kill A Mockingbird? That's a 3 out of 5 on the Rushdie Scale. Lucky Jim? Yikes. One star. Robert Stone's wonderful Dog Soldiers? That one got a 5-star review. He's on the money there.

Rushdie has come around from saying he was just "messing around" to admitting that he was rating things honestly because he wanted the Goodreads recommendation system to show him good stuff. The part he didn't realize is that his ratings were all public, and that his ratings of things would become such a story. But the cat's out of the bag, and Rushdie hasn't backed down on his actual ratings of books:

I don’t like the work of Kingsley Amis, there it is. I don’t have to explain or justify. It’s allowed.

The easy answer here is to say, "Oh, who cares?" It's just one guy. Even if he's an important guy.

The more complicated but better answer is to say that this does matter, but it's not a negative thing.

It would be a different story if Rushdie went out to attack another writer. But that's not what happened here. Rushdie expressed his personal taste in what he thought was a private manner, and he doesn't feel the need to back off on his personal reading opinions.

What do you think? And have you, as a writer, ever rated something differently for career reasons as opposed to reasons of taste?

Joshua Chaplinsky from New York is reading a lot more during the quarantine April 7, 2015 - 2:06pm

At least he wasn't using it to pick up chicks.

I was really glad he didn't back down. I don't like reading Margaret Atwood books. And I'm Canadian. That shit can get you killed. Well, firmly scolded...we're Canadian.

Thanks for mentioning Robert Stone. I started reading Dog Soldiers this morning and it is awesome. Did Rushdie write anything worth reading?