Russian Man Stabbed To Death For Asserting Poetry Is Not Literature 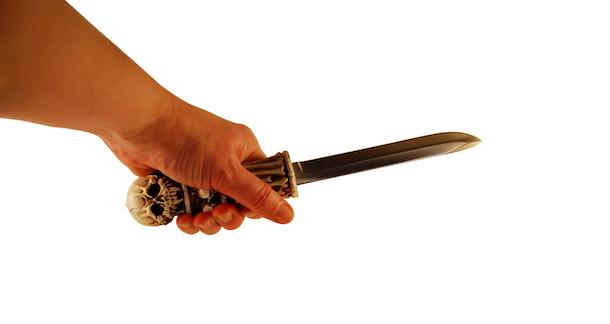 A DEATH-BLOW is a life-blow to some
Who, till they died, did not alive become;
Who, had they lived, had died, but when
They died, vitality begun.

Russia has a long, celebrated history of fine literature, poetry and prose. They also have a history of, well, drunken violence. These two things don't intersect very often, but when they do, the results can be deadly.

Following hot on the heels of a man being shot while in the checkout line of a grocery during an argument over the works of Immanuel Kant, RIA Novosti reports that two men in Russia's Ural Mountains were discussing the finer points of literature over some drinks on Wednesday night, when one of the men (all names in this case have been withheld by Russian authorities) had the audacity to assert to his colleague, a teacher, that "the only real literature is prose". His friend, doing what any typical drunken teacher would do in a similar situation, stabbed his friend to death in a fit of passion concerning the structure of words on a page and their respective artistic and cultural merits.

The suspect fled and eluded police for days, no doubt romancing beautiful women, taking interminable train voyages, participating in revolutions, or doing whatever characters in those incredibly long Russian novels that everyone acts like they read but didn't get past the first two chapters once they couldn't tell their Fyodors from their Fedosyas do.

The suspect is now being held in The Gulag a Russian jail awaiting trial, where he could be sentenced to a maximum of fifteen years in prison for the crime.

In other news, wow, apparently fifteen years is as much time as you can get for murdering people in Russia.

"In other news, wow, apparently fifteen years is as much time as you can get for murdering people in Russia."

Well ... it was only one person. And it's hard to say he didn't have a valid reason.

We are such utter, hopeless children compared to Russians when it comes to choosing our battles. They kill over literature and philosophy; we trample each other to death at fucking Walmart for cheap, Chinese-made crap that can spontaneously catch fire. We have a long, LONG way to go...