Rob Zombie to Release a Novel Next Year 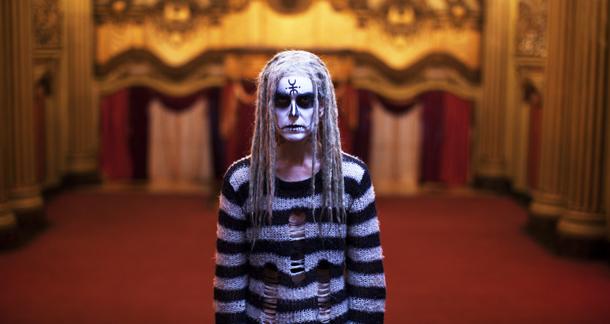 Rob Zombie seems determined to leave his schlock-mark on every form of media there is. First came music, then films, a comic book titled The Haunted World of El Superbeasto (later adapted for the screen), and now, according to GalleyCat, a novel. To coincide with his upcoming movie The Lords of Salem, Zombie and Hachette Book Group's imprint Grand Central Publishing will release a novelization in March of 2013.

The story follows a recovering drug addict and radio DJ who unwittingly unleashes an ancient evil upon her town when she plays a mysterious record by a band called The Lords."The book offers a different experience from the film since it can obviously go into much more detail," Zombie said in a statement. "The book and the film really complement each other."

To help him achieve his literary vision, Zombie has enlisted novelist B.K. Evenson (AKA Brian Evenson) to co-write the book. As B.K., Evenson is the author of some Aliens franchise novels and a contribution to a Halo anthology of short stories. As Brian, he is an Edgar Award finalist for his novel Immobility and winner of the American Library Association's Best Horror Novel award for Last Days, a book co-written with Peter Straub.

The trailer for The Lords of Salem is online now. Here's a YouTube link. There's some shadowy, hard-to-see bloody stuff happening in the clip, plus some ladies chanting "Satan, come to us!", so maybe mind your surroundings if you're at work.

So what does everyone think? Personally, I have a love-hate relationship with Zombie's work. His music, particularly with White Zombie, is admittedly a guilty pleasure of mine, and I think the key to enjoying anything he does is to not take it seriously (i.e., it's supposed to be schlocky and stupid). There was a time I was a fan of his movies, but as the years have passed my interest in them has waned considerably. Salem looks interesting and the premise is original, but I'm not sure we necessarily need a novelized text to go along with the film.

I'm sort of ridiculously creeped out by that picture, and while I'll probably see the movie at *some* point (his movies being a guilty pleasure of mine), I doubt I'll pick up the book...

Joshua Chaplinsky from New York is reading a lot more during the quarantine December 11, 2012 - 10:10am

I keep wanting Rob Zombie to make a good film, but he keeps disappointing me. That being said, the LOS trailer has some great imagery.

Is that Mozart's Requiem in the trailer?
Is that meant to be ironic?

JEFFREY GRANT BARR from Central OR is reading Nothing but fucking Shakespeare, for the rest of my life December 11, 2012 - 11:19am

Didn't they learn their lesson after his movies? The guy isn't a creative genius. He's a horror fan who had a couple of butt-rock hits in the college meathead crowd. Quit showering him with money! Christ's sake, people are stupid.

I enjoy some of Rob's work (former college meathead), but I'm not a fan boy that has everything he has ever made.  In general. alot of crap gets made.  Let him throw his stuff out there.  If it rises to the top, so be it.  If it sells well because of established fan base, oh well. If it flops, let the downward spiral continue.

He also directed an advert for detergent...

Damn near everything Zombie does is just intelligently created, stupid but fun schlock. It's what he loves and knows. There's a definite method to his madness and the man creates amazing (but twisted) imagery in every medium he's tries. The thing is he uses his talent to write about the car Drag-u-la from the Munsters or make teenage slasher horror films that make the killers the protagonists in a way films rarely attempt or pull off well. Most of Zombie's work is a joy ride in a stolen Durango 95 through all the dregs, scum and schlock the earth has to offer.

I look forward to seeing how well this imagery works in a novel but doubt I'll be catching the fim opening weekend.