Ridley Scott to Produce Philip K. Dick's 'The Man in the High Castle' for SyFy 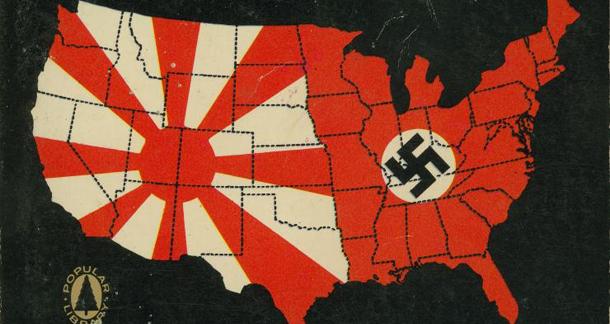 On Tuesday, SyFy Channel representatives announced via press release that the network will produce a four hour miniseries based on Philip K. Dick's The Man in the High Castle.

Frank Spotnitz, writer and producer for The X-Files, will executive produce the miniseries alongside Ridley Scott, who brought us perhaps the most famous Dick adaptation, Blade Runner, based on Do Androids Dream of Electric Sheep? Spotnitz will write the first two hours and will supervise writing of the last two. Electric Shepherd Productions will also co-produce.

The Man in the High Castle explores an alternate history in which Germany, Japan, and Italy defeated the Allied Powers in World War II, creating a fascist state in America. Of course, this being a Dick novel, things get weird. The book won a Hugo Award in 1963.

Isa Dick Hacket, Dick's daughter and founder of Electric Shepherd, praised the upcoming adaptation in the press release. Quoted in the New York Times Arts Beat Blog, she said, "The Man in the High Castle is one of the most highly regarded and influential novels my father wrote. It’s thrilling to be bringing it to life with such a talented, passionate team, and in a format that can do justice to the full scope of the material."

If done well, miniseries can be some of the best adaptations because they allow time to tell a story properly. Of course, the downside is, TV doesn't draw the same kind of acting talent as a feature film. However, with Spotnitz and Scott on board, this at least has the potential to be quite good.

I am very excited. That book was my intro to Philip K Dick, and I loved it. I'm very curious to see how it translates onto the screen though. For every Blade Runner, there is a Minority Report.

Well there is one Blade Runner and about 8 adaptations just as bad as Minority Report, so the ratio is a little skewed. There are good PKD adaptations though and I think with his most successful novel it has a better chance than most to turn out awesome.

I feel like this project has been talked about for years and never materializes. This now at least sounds like it will someday happen.