Publishing Has Devoured Itself: Author Signs Deal For A Parody Of 'Twilight' Knockoff, 'Fifty Shades of Grey' 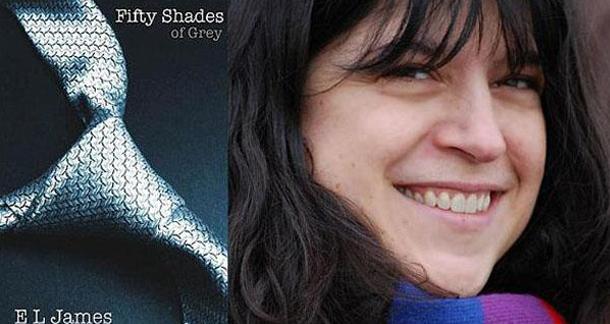 Like the mighty ouroboros, the publishing industry has devoured itself.

And now, Andrew Shaffer has sold a parody, Fifty Shames of Earl Grey, to Da Capo. Shaffer is behind the literary-themed Evil Wylie and Emperor Franzen Twitter accounts.

Fifty Shames of Earl Gray. A parody of a copy of a crappy novel. If literature were quantum physics, something would have just exploded.

I think my head just exploded.

I'd rather read this instead of Twilight.

Makes me confident in the fact that no matter how terrible your work you might still get a paycheck for it.

...Actually it may be; only if your work is terrible will you get a paycheck for it.

I'd rather people just didn't read books than read these books.

Sometimes I wonder if I should just give up on my reputation.
Seven figures? Film rights sold? Fucking really? What am I doing with my life?

Expect my novel Harry Potter and Dumbledore's stones to be out soon.
And the script for Sparkly Dicks and Horrible Plot: Part 4.

Somebody write me a goddamn check!

How is shades of grey like twilight? Other than the painfully obvious mary sue self insert of a female protagonist aka empty vessel for lonely reader to inhabit, and they are both embarassing fantasies...

I don't know how actual mothers write this stuff with no concern for their kids embarassment in the future. "Hey mom! How'd you earn that first million?" "Well you see kids, your father made my sex life so painfully boring that I needed to fantasize about sparkly vampire lust and losing my virginity to a psychopath sadomasochist with a torture room. You're welcome!"

Why don't they just call it 50 ways to suck my vampiric dick?