Publisher Of Anthology Screws Over Writer: A Cautionary Tale 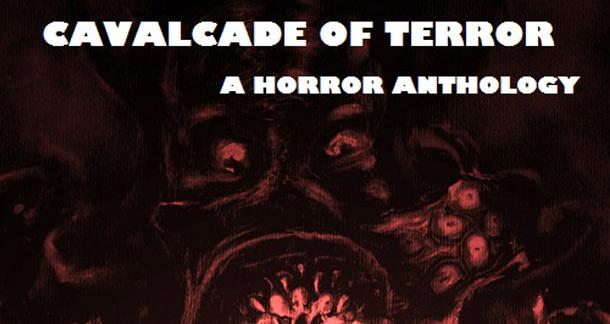 via Pluck You, Too!:

Today's cautionary tale about the publishing industry comes by way of writer Mandy DeGeit. She was thrilled when her short story, She makes me smile, was accepted for an anthology, Calvacade of Terror.

But that elation turned to dismay when she found out the publisher, Undead Press, made major changes to the story without running them by her.

DeGeit recounts the situation on her blog: She signed the contract, and the anthology was due to come out May 1. When she got a copy of the book, she learned that Undead inserted a typo into the title, renaming the story She Make's Me Smile. Which is pretty bad--but not as bad as the fact that they also made some heavy changes to the story without her approval. Said DeGeit:

They turned a non-gendered character into a boy, they named the best friend, they created a memory for the main character about animal abuse. They added a suggestion of rape at the end…

Edits are one thing, but this is ridiculous. They even inserted an entire new paragraph, with that animal abuse memory--and it was a terribly written paragraph, at that.

To make matters even worse, when she e-mailed the owner of the press, Anthony Giangregorio, to find out what happened, she got a response the was shockingly dumb. Here's an excerpt:

we did what we had to do to make the story printable. you should be thankful, not complaining. ah, the ungrateful writer, gotta love it

Giangregorio even made some vague legal threats, but in a subsequent e-mail offered to waive Undead's one-year exclusivity rights to the story, letting DeGeit take it elsewhere. Which doesn't really make up for anything, does it?

The comments on DeGeit's post reveal that this isn't the first time Giangregorio has pulled some bullshit on a writer. While I feel bad for DeGeit, this is a good example of why you should thoroughly research a press before submitting to them. I'm not victim-blaming, but while the publishing world is full of wonderful people, there are also plenty of unprofessional assholes.

Has anyone else ever experienced something like this? Ever seen your work changed to the point where you don't even want your name on it? (Personally, I know the feeling, from my journalism days. It sucks.)

Yeah, he's an idiot and an asshole. He published a vampire anthology that Christopher Dwyer and I put together, it was all set, edited, and we had an angle: twists on the classic vampire story. He ended up cutting out a few of our people for no reason, and then added in a bunch of his friends, and their stories were for the most part terrible, and were not twists, but just the same old vampire stories we've seen forever. I wouldn't publish with him again if he paid me in gold coins and boobs. AVOID at all costs.

What if he paid you in gold boobs?

^have to consider that.

This is amazing. I say she should rewrite the contract herself without his permission and stipulate that he be considered a motherfucker.

I remember you telling me about the vampire debacle. Fucking shame, dude. Can't believe this is the same guy. What a twat.

Hopefully this article serves as a warning for anyone who thinks about signing with him.

And what's up with the guy's website? Looks junior varsity as hell.

Class Director
Rob from New York City is reading at a fast enough pace it would be cumbersome to update this May 15, 2012 - 10:23am

Thanks for sharing, Richard. I'm sorry to hear you and Chris got screwed by this guy, but hey, Brandon is right. Let this serve as a warning. Hopefully fewer people get taken by his dickery after this.

So her writing had a long way to go before being "worthy of being printed professionally," but this publisher still felt it "good enough" to be included (+ gratuitous edits) in his anthology? Ah, the shady publisher, gotta love it.

Note to self: Do not publish with someone who doesn't know when to use "it's", where to put commas, or how to spell "a lot".

gunsofchekhovia from Louisiana is reading "Midnight Sun" by Ramsey Campbell May 15, 2012 - 11:07am

An alot of edits sounds like a terrible beast. I would not want to let my story anywhere near it.

I'd say that when you have over 25 zombie novels out but the thing you're best known for is fucking people over, it might be high time to back out of the game.

Chester Pane from Portland, Oregon is reading The Brief and Wondrous Life of Oscar Wao by Junot Diaz May 15, 2012 - 11:33am

Did someone mention gold boobs?

When I published my second book I went with a relatively new publishing house. They accepted my manuscript and said they'll proofread it for me. The novel was already proofread about seven times but i thought one more reading wouldn't hurt. I got it back about a week later and browsed through the pages casually. I started noticing phrases that weren't mine so I started reading it from the beginning. It turns out they completely rewrote my main character and turned him into a macho, added new lines of dialogue full of jargon to better portray him as an ubermensch and furthermore added new phrases to descriptions. Some of the original phrases were missing. I couldn't recognize my book after that and wrote them a polite e-mail, although I was mad as hell. I told them they'd have to use the latest draft I sent them because the text I got from them was heavily edited and that won't do. They finally went with it and published my original manuscript. So yeah - it happens to other writers too.

Class Director
Rob from New York City is reading at a fast enough pace it would be cumbersome to update this May 15, 2012 - 11:38am

DmNerd--I wrote a larger piece about literary scams a few months back. Not exactly a straight up list, but maybe you'll find it helpful: http://litreactor.com/columns/the-dark-side-of-the-publishing-industry-how-to-avoid-scams

Awful news for the author of the story. Hopefully karma decides to take a gnarly swing at this goon.

Well, there's Preditors & Editors. Not sure how often it's updated. Looks like it was designed about 15 years ago, but it's mostly just text, anyway.

Yeah, I treasure my copy of that ill-fated vampire anothology, because I had some of you contributors sign it, and all of them read some variation of "Man, fuck that guy!" haha

They say (as indeed 'They' say many a thing) that you shouldn't judge a book by it's cover? I for one have always done so since childhood, I'm not saying this to be a good practice but then neither is it a bad one.

Looking at the covers of this publishers books alone I wouldn't have anything to do with them, They look as though the publisher has thought to dismiss the need for an 'artsy fartsy' artist or designer and opted instead to do the work himself. I wouldn't be surprised to look at them if his just stolen images offline and added some text? Ta da! job done. Well done shitbag!

The quality of those publications looks a horror most ghastly! and shit!..Ghastly and shockingly shit!

I actually remember reading somewhere, though I can't find where just now, of someone reporting this exact same response:

we did what we had to do to make the story printable. you should be thankful, not complaining. ah, the ungrateful writer, gotta love it.

Apparently, he gets enough angry email that he's been able to reuse the same response over and over.

I'm glad I've never been abused by a publisher that bad (so far); I get tetchy enough when I see a typo in my work.

All my sympathy to Mandy, though. No-one should have to put up with that kind of abuse.

Logan L. Masterson from Nashville, TN is reading Books, magazines, websites, the interior of my eyelids May 15, 2012 - 3:39pm

This story is all over the place! Sadly, authors will still fail to do their research and wind up submitting to one of this dude's imprints, only to wind up with a mauled story in an anthology with an awful cover.

Spread the word, people. I've Tweeted and Facebooked this, but I'm also trying to get some big name bloggers to talk about it too. It's ridiculous. For a lot of authors, this is their first story, so they haven't done the research, aren't even sure HOW to do that, they're so new. And believe me, I published with him too, and he seemed very legit, did some good work.

There's a whole blog devoted to this. Presented in a very factual, non-libelous way, but still. It's the second search result when you google the guy's name, which is impressive.

I remember the travesty that was Eternal Dead after he got his hands on it. Sickening.

Apparently, this guy deleted his Facebook.  It was there when the article went up and now it's not.

Rob, thanks for the information.

Gee, its nice knowing we have high degree assholes like him existing.

Bekanator from Kamloops, British Columbia is reading Ugly Girls by Lindsay Hunter May 16, 2012 - 9:08am

I scoured the Internet on this story yesterday.  It's nice to see her story making waves.