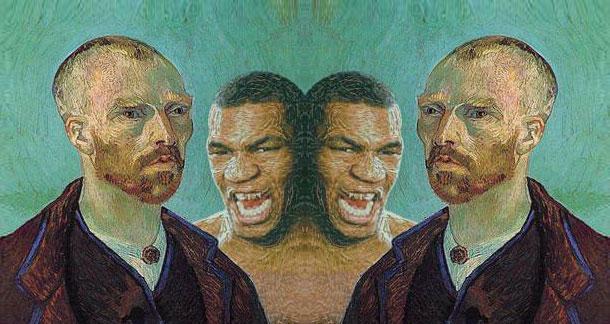 To make it in the art world you have to be one or both of the following: tortured or starving.

Vincent van Gogh might have been a little less of the former than we thought.  According to Gregory White Smith and Steven Naifeh, authors of Van Gogh: The Life, they claim that the artist didn't kill himself in the wheatfield of Northern France as long believed. Now before you get in an uproar over whether or not these gents are making outragous claims just to move some weight, consider that these are the same two guys that nabbed a Pulitzer for their Jackson Pollock biography.  The credibility is there, as is the research.  They spent ten years combing through van Gogh's life, which they now claim was ended at the hands of two teenage brothers with a pistol.

So why is this just coming out now?

Keep in mind, Smith and Naifeh didn't discover any new evidence.  What they're doing is interpreting the information differently.  It's a new angle that although factually-based, still revolves around guesswork- namely, van Gogh's emotional state at the time.  Regardless, this is shaking up the art world something fierce, bringing all sorts out of the woodwork to support or refute Smith and Naifeh's theory.

Feel free to sound off in the comment section about whether or not this changes the way you feel about van Gogh.

Personally, the ear thing always stuck out to me more than the suicide.

EricMBacon from Vermont is reading The Autobiography of a Corpse October 19, 2011 - 4:32pm

Now that I know he wasn't insane, his art was...meh.

Ps. Two-Headed Mike Tyson is a sign of the apocalypse.

The ear severing is by far better known and interesting.

Joshua Chaplinsky from New York is reading a lot more during the quarantine October 20, 2011 - 7:47am

Even if he didn't kill himself, he was still crazy.

EricMBacon from Vermont is reading The Autobiography of a Corpse October 20, 2011 - 10:47am

I know, I was just being facetious. But I can imagine that the art community loves to sell the idea of a tortured artist. It is more fascinating for consumers to dissect. It may be a reason someone like Sylvia Plath holds so much interest. Well, it is true for all of our public figures. We all want to know what pushed them over the edge, and there is always that connection between insanity and creativity.