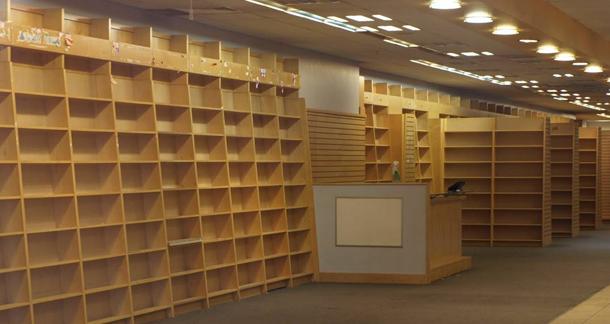 At Salem High School, a book has once again been challenged by parents. This time it’s Graham Swift’s 1983 novel Waterland. Although a public review was held on Wednesday for both sides to argue whether the book is valuable and educational art or worthless, sex-glorifying trash (sex being a filthy, filthy enterprise and all), the outcome of said review will not be made public until February 13th. Meanwhile, the lesson plan of AP English teachers and the education of Salem High students has been irrevocably altered, as the novel remains pulled from classrooms while the school district makes its decision. Teacher Brian Read says it is too late to resume the lessons associated with the reading of the novel.

Matt and Barb Dame, who previously challenged Toni Morrison’s Beloved, argued that Swift’s novel basically amounted to pornography. Mr. Dame summarized two pages of sexually explicit material, and then read aloud from an issue of Playboy. Since both publications described similar sexual acts, Mr. Dame wondered why Playboy was not considered appropriate for classroom use, citing the magazines interviews with influential figures such as Jimmy Carter and Walter Cronkite as potentially educational. Finally, the two parents protested the fact that the placement of adhesive stickers over sexually explicit material had not been repeated for the 2011-2012 school year.

The Dames also alleged that the books had not been properly vetted, a charge that Read and fellow teacher Gretchen Miller deny, saying the novel was reviewed by the English department before being implemented into the curriculum. In his defense of the book, Read argued that Waterland emphasizes the importance of historical events through the lens of a storyteller.

Parents and former students alike rallied at the review in support of the book, with more than half of the audience in attendance wearing shirts identifying them as “Supporters of Academic Integrity”, with a quote from Swift’s novel on the back:

Dwayne from Cincinnati, Ohio (suburbs) is reading books that rotate to often to keep this updated February 10, 2012 - 7:57am

I hope one day I get protested. I bet that is great for sales.

It should not be up to the school to meet the needs of retarded parents. If they want to censor their kids' reading material to the point that nothing but the Bible is acceptable (which for explicit content kind of takes the prize) then it should be on them to monitor what the kids bring home.

Reading about sex won't turn them into pedophiles, sluts, serial killers, or whatever else it is these parents are worried about. Jeeze, I was reading Stephen King, VC Andrews and Harlequin Romance novels before I was 12. I think I turned out okay.

Joshua Chaplinsky from New York is reading a lot more during the quarantine February 10, 2012 - 8:13am

Moderator
Utah from Fort Worth, TX is reading Lonesome Dove by Larry McMurtry February 10, 2012 - 8:16am

Personally, I'm in agreement with Mr. Dame.  I think that Playboy should be taught in high schools.  Back when I was in AP English I would have really appreciated it.  A lot.  More Playboy in the high school curriculum!

The Key Lime from Staten Island is reading The Hitchhiker's Guide to the Galaxy February 10, 2012 - 8:21am

The censorship of literature, especially in public schools, really ruffles my non-existent feathers.

The teachers created a syllabus to prepare their students for the AP test. These Dames don't like it? Too bad.

On a different note - Waterland is a really enjoyable novel. I recommend picking it up if you have a chance.

Class Director
Rob from New York City is reading at a fast enough pace it would be cumbersome to update this February 10, 2012 - 8:31am

I think everything The Key Lime says is wrong.

a) public schools are not there for educational purposes - it is daycare with some education offerred. Many kids get great "WRONG" examples from their public schools, examples that willl stick with the chilidren for a lifetime...(examples like: Censorship Makes You Look Like A Philistine Chickenshit)...

b) when public schools censor a book, now the kids really will seek that book out and attempt to read it...

I'm not siding with either side, but is there another book that could have been used for the same educational information?

The children still get educated, the parents are happy (for now) and we can move on with our lives.

I don't think banning books is the way to go. It makes a bad situation much more volatile than it needs to be.

Typewriter Demigod from London is reading "White Noise" by DeLilo, "Moby-Dick" by Hermann Mellivile and "Uylsses" by Joyce February 13, 2012 - 6:24am

It would be an honour to get death threats or hate mail. ^_^

I think this is the right decision of parents, now there are a lot of places where censorship does not work and this is not right, I can help many children, including students, I can recommend a service where every student can buy a thesis, I think this will make their lives much easier.