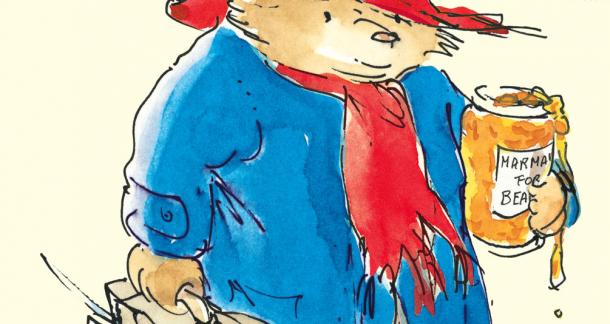 The new Paddington movie, based on the children's book featuring an abandoned Peruvian bear, may feature a Paddington who's a bit less polite than what we're used to.

It gets a bit complicated. Although there wouldn't seem to be a big deal with a PG rating, the newest movie in the Hunger Games series, which features teens murdering each other, is only one rating above Paddington. And indeed, The Dark Knight was also just one level above our friend Paddington. The Lego Movie was given a Universal rating even though it featured "nudity." Lego nudity, at any rate. Despicable Me 2 also got a Universal rating despite some more adult-oriented material.

How did an innocent bear in a blue coat earn such a rating? According to the BBFC, the film features "dangerous behaviour, mild threat, mild sex references and mild bad language."

As the story developed, the threats to UK children were clarified.

For starters, one scene features a "cross-dressing flirtation" where "a man dressed as a woman flirts with another man."

As for the danger, Paddington hides in a refrigerator at one point. It's unclear whether the ratings board felt this was unsafe for bears or children.

Author Michael Bond has yet to see the movie, but on hearing the news he was quoted:

I can't imagine what the sex references are. It doesn't enter into it with the books, certainly,

Ultimately, Paddington himself said it best:

I think they just wanted to paddington on some reason to give it a bad rating. I don't pay much attention to ratings myself, cause of downright weird ratings systems.