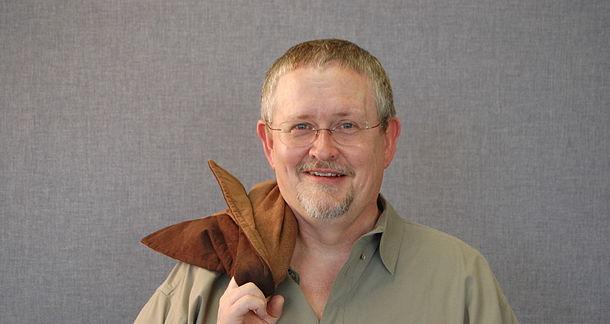 Orson Scott Card, author of the critically acclaimed science fiction novels Ender’s Game, Speaker for the Dead, Ender’s Shadow, and several others, is no stranger to controversy. A direct descendant of Brigham Young, Card is an outspoken member of the Church of Jesus Christ of Latter Day Saints, and has expressed views in a Greensboro Rhinoceros Times editorial column that have been less than popular with great chunks of his fan base. As far back as 1990, the author has been openly critical of homosexuality and the gay rights movement, arguing then that laws banning homosexual behavior should remain on the books. In 2004, he spoke up against gay rights once more, writing, in an essay entitled Homosexual ‘Marriage’ and Civilization, that:

The dark secret of homosexual society—the one that dares not speak its name—is how many homosexuals first entered into that world through a disturbing seduction or rape or molestation or abuse, and how many of them yearn to get out of the homosexual community and live normally.

Last Thursday, Card once again jumped into the fray of sexual politics, and penned a new column, What Right is Really at Stake?, a direct response to opponents of North Carolina’s proposed Amendment One, which would legally ban gay marriage, civil unions, and domestic partnerships in the state (votes are being cast today). In the writing, Card attacks the left for what he sees as a war on traditional family values, and characterizes gay rights as not only unnecessary, but actively harmful towards children and society at large:

There are no laws left standing that discriminate against gay couples. They can visit each other in the hospital. They can benefit from each others insurance…once [the left] legalizes gay marriages, it will be the bludgeon they use to make sure it becomes illegal to teach traditional values in the schools.

Card goes on to dismiss the commonly accepted opinion that homosexuality is an inborn, possibly genetic trait as junk science with no basis in reality. He concludes with the following assertion:

[The amendment] is a vote for freedom of religion—the only right that is in serious danger in America today.

Joshua Chaplinsky from New York is reading a lot more during the quarantine May 8, 2012 - 10:51am

Also, you're telling me the guy in that picture isn't gay? They build those closets deep in Mormon country.

Courtney from the Midwest is reading Monkey: A Journey to the West and a thousand college textbooks May 8, 2012 - 12:08pm

Isn't the freedom of religion at stake when we're forced to abide by religious morality? Find an atheist who's against gay rights and isn't just a closeted case and have them write an article against gay marriage. Then I might listen.

EDIT: And this is coming from someone who believes in God.

Moderator
Utah from Fort Worth, TX is reading Lonesome Dove by Larry McMurtry May 8, 2012 - 1:20pm

In answer to the article's question (which I saw on Facebook and might not actually be in the article):  Does this affect my opinion of OSC?  Um, no.  First, I grew up around Mormons.  The majority of the devout feel the same way as Mr. Card.  Second, as far as applies to my experience of the man, he is an entertainer primarily and a political pundit...well, probably not even secondarily.  I like some of his books.  I will continue to like them, regardless of his opinions of things that are "controversial".  The simple, sad fact that I've discovered over the course of my life is that there are tons of people who think about things differently than I do.  I could, I guess, devote my life to trying to chastise all of them in one way or another for disagreeing with my world-view.  But that would take up a bunch of time.  Besides, how would I pick who to start with?

The guy has a right to write about whatever he wants. It doesn't change the fact that he is an good writer. If he doesn't like gay rights, good for him. I don't have to agree with him, but it's his right to have those beliefs, just as it is other people's right to oppose him. I've read a lot of books, listened to a lot of music, and seen a lot of art by people who have done much worse.

edsikov from New York by way of Natrona Hts PA is reading absolutely nothing May 8, 2012 - 3:19pm

"I've read a lot of books, listened to a lot of music, and seen a lot of art by people who have done much worse."

Could you provide some examples? I'm curious to know who's said worse things than claiming that gay people are gay because we were raped as children and still retains your respect as an artist.

I never liked Ezra Pound anyway, I won't read Cynthia Ozick, and Pat Boone never did much for me.

Paul Gauguin was a fantastic painter, but as a man he was a racist pedophile. Orson Scott Card has a long way to go before he catches up with a sexist, racist sypilitic who deserts his family for the south seas in order to rape children.

He's free to have whatever opinion he wants. But when he chooses to write an editorial, and promote it using fame he acheived thanks to fans straight and gay, it is our right to judge him based on all the info we have. By writing an editorial, he is picking a side, and in this case, he's fighting for the bad guys.

Orson Scott Card is dead to me.

I try to judge the artist based on the art and not on the person, but this may be too far for me. I had no idea these were Orson Scott Card's beliefs. I may stop buying his books. He'll in all likelihood never know. I will continue to enjoy the books I already own. But I do not know if I could have a clear conscience and employ someone who holds beliefs I consider illogical and evil—both factually incorrect and morally wrong. This is not about Card's freedom to voice his opinions. This is about my freedom to reject them. There is difference between tolerance and acceptance. I cannot accept this.

After I read Ender's Game my first thought was "this man was either sexually abused and humiliated as a child by an older boy, or someone very close to him was."

Dwayne from Cincinnati, Ohio (suburbs) is reading books that rotate to often to keep this updated May 9, 2012 - 8:34am

For the record I don't think being gay is linked too, caused by, or prevented by someone being molested as a child. But if you do think there is a link, his statements have no internal logic. If being sexual abused as a child leads to being gay, isn't that a reason to overlook it? I can see someone who thinks there is a link saying, "Hey, it's not my idea! But being gay helps him deal with the deep seeded trauma and pain of being rapped as a child so we'll just not bring that up, okay?" He seems to be saying, "Yeah, he got hurt in a horrible way when he was young and defenseless. If he was a real man he'd have went and got him some justice, but this sissy turned gay. Can't sleep on that!"

You make a great point with citing Gaugin, Jack. Hat's off to you!