Occupy Wall Street Book Due Out in December 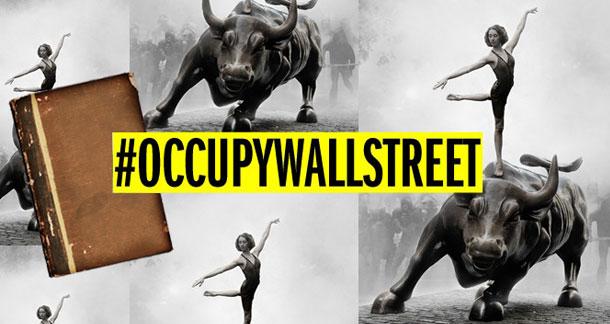 Word just broke that OR Books is going to be releasing the story of Occupy Wall Street sometime in December (they're shooting for the 17th).

Obviously, this Occupy Wall Street business is a big deal and there's going to be a market for it, but I'm a little surprised that we've already got a soft release date for something that's... well, still happening.  Perhaps they're just getting a head start on things.  Colin Robinson, who is the co-head over at OR Books, said that this is being penned by an anonymous collective called "Writer's for the 99%," although this group can probably be narrowed down quite a bit.  You may remember an article posted by Rob W. Hart the other week about a site that listed the writers who were officially taking the side of the cause.

The top section wasn't there before, so maybe these are the selected heavy-hitters for the project.  We'll have to wait for the people at OR to confirm that for sure.

Per Colin Robinson, here are some things you can expect from the project:

-This book is only going to focus on the first month of Occupy Wall Street.

-It's not analytical or neutral.  It will be specifically written to support the cause.

-A lot of the content will be based on interviews with those associated with the cause.

-It is undecided if updates will be made should events make a major turn.

-The project will be available in both print and eBook formats.

Personally, I'm interested in this, but to keep it specific only to the first month doesn't make a lot of sense to me.  It feels a bit rushed.  Also, now that Mr. Robinson has owned up to the content being strictly supportive, that kind of leaves the front door open for the analytical take on things.

Sound off in the comments: Are you looking forward to 99%'s take or holding out for something a little more thorough?

Instag8r from Residing in Parker, CO but originally from WV is reading Blood Meridian by Cormac McCarthy October 28, 2011 - 6:25am

If it's as aticulate as the numbnuts that are actually occupying Wall Street it should be absolutely fucking brilliant ... not!

Joshua Chaplinsky from New York is reading a lot more during the quarantine October 28, 2011 - 8:42am

I smell our first banning...

Instag8r from Residing in Parker, CO but originally from WV is reading Blood Meridian by Cormac McCarthy October 28, 2011 - 10:49am