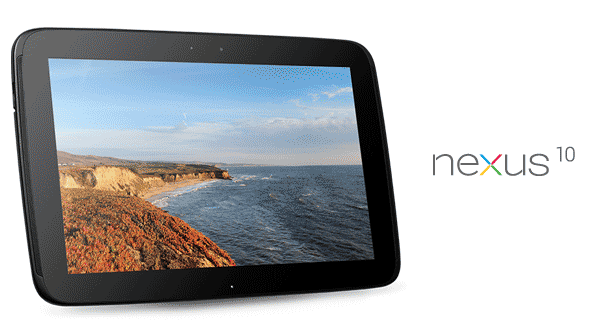 Despite Hurricane Sandy cancelling a launch event in New York on Monday, Google still managed to release images and specifications for their new head-on competitor to Apple’s iPad and are already boasting about its improvements on the platform.

Manufactured by Samsung - not a friend of Apple, no sirree - the new 10 inch tablet sports a higher resolution screen, is marginally thinner and lighter, and according to Wired, compares favourably to the latest generation iPad.

Price-wise, it’s no surprise Google’s undercutting the iPad, too, with the 16GB version available for $400 and the 32GB version at $500, as compared with the iPad’s $499 and $599 prices for comparable models.

It’s got everything else you’d expect, front and rear cameras, all the Google apps, and is running the new Jellybean Android system. It should also be slightly better for watching widescreen movies - the aspect ratio is 16:9 as opposed to the iPad’s 4:3.

Interesting, isn’t it? Apple’s just announced a competitor to Google’s smaller pad, the Nexus 7, in it’s more expensive iPad mini, and a week or so later Google announces a competitor to the iPad. And no doubt the arguments will still range over the interwebz as to which is superior.

I need this and a Kindle Paper White.  The Nexus 7 is awesome, and this is just more awesomeness.

fport from Canada is reading The World Until Yesterday - Jared Diamond November 4, 2012 - 12:28pm

Well I saw this competition with modems. USRobotics @9600 had the crown, everyone else lived down in 1200-2400 baudland. You were elite with USR when suddenly over a hundred manufacturers agreed on a standard and 14.4 became the landscape overnight.

With technology the interesting things don't happen until everyone has one. My take is that Apple is several iterations ahead. The other guys will catch up somewhere out past quadcore or multicore machines and the race will be determined by connectivity, horsepower, battery life, resolution and apps. All the horses in the race are barreling down towards that finish line.

A disruptive technology could be the game-changer. Say a 'heads up display'.