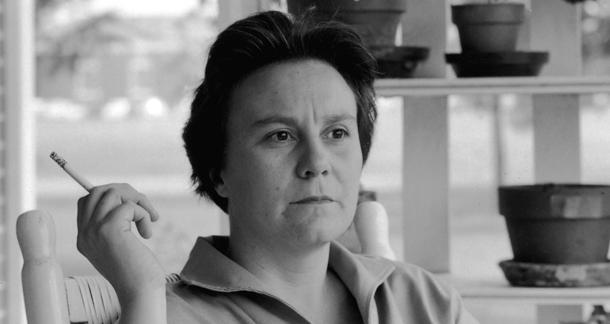 Here's some news that's as surprising as it is exciting: A second novel by Harper Lee will be published later this year.

Go Set a Watchman, which will be released in July, follows Scout from To Kill a Mockingbird as an adult. It was actually written before To Kill a Mockingbird—Watchman included flashbacks to Scout's childhood, and an editor encouraged Lee to focus on those, giving birth to Mockingbird, one of the most enduring novels... well, ever.

Here's more, from The Guardian:

Lee said today that she “hadn’t realised” the book had survived, “so was surprised and delighted when my dear friend and lawyer Tonja Carter discovered it”. Carter found the manuscript, said the publisher, “in a secure location where it had been affixed to an original typescript of To Kill a Mockingbird”.

“After much thought and hesitation I shared it with a handful of people I trust and was pleased to hear that they considered it worthy of publication. I am humbled and amazed that this will now be published after all these years,” she finished.

Scout's father, Atticus, will be back, along with other characters from Mockingbird. According to the publisher, Scout returns to Maycomb from New York to visit her father, where she is "forced to grapple with issues both personal and political as she tries to understand both her father’s attitude toward society, and her own feelings about the place where she was born and spent her childhood."

Not much more to say to this than: Wow. Just, wow. If I need to tell you why this is a big deal, find a new hobby.

How excited are you, on a scale of one to your head exploding?

Head. Exploding. All over the freaking place.

(But you probably already knew that, didn't you??)

Her having a new book being published is one thing, but having said book be a sequel To Kill A Mockingbird...one of my favorite books of all-time...well have you seen the head exploding scene from Scanners? Pretty much that!

Dwayne from Cincinnati, Ohio (suburbs) is reading books that rotate to often to keep this updated February 3, 2015 - 3:08pm

One. Maybe it belonged in a box. Her sister (who was also her lawyer) just died and now she has a new book coming out? Seems suspect.

Joshua Chaplinsky from New York is reading a lot more during the quarantine February 4, 2015 - 7:07am

I thought Tonja Carter was her lawyer?

Dwayne from Cincinnati, Ohio (suburbs) is reading books that rotate to often to keep this updated February 4, 2015 - 7:29am

She is, since Alice Lee retied at 100, which was three years ago.

I don't ever aprove of just taking one site's word for anything, but to the best of my understanding all the facts (maybe not the conclusions) are correct.

Don't get me wrong, I hope this is another classic. I just keep thinking of the Star War prequels and how excited fans got over that.

Joshua Chaplinsky from New York is reading a lot more during the quarantine February 4, 2015 - 12:45pm

Maybe she'll dust off "The Long Goodbye" next.