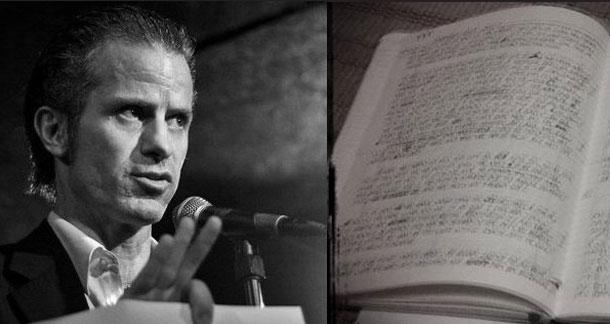 On November 7th, Craig Clevenger (The Contortionist's Handbook, Dermaphoria) will be teaching his first class for LitReactor.  We hope this is the first of many.  During his run as an instructor at ChuckPalahniuk.net, Craig led several classes covering a range of topics.  This culminated with his '200 Proof Storytelling' class, which distilled every previous course down to the core lessons.

In anticipation of his first offering of '200 Proof' here with us, Craig has asked us to republish two of his original essays (Devil in the Details and Night of the Living Syntax: Disembodied Action).  These two essays are free for all and will give you a taste of how thorough and great an instructor Craig is.  For all of you Workshop members, we unveiled a brand new essay earlier this month called Cave Men, Sharks, and the Doors of Perception, which looked at three common errors writers make that, if fixed, will make for a radical improvement in your prose.

Today's essay marks his fourth for October, and is the second in our series of Workshop member-only pieces  It's called Going the Distance and, frankly, I think this is one of the best essays on writing I've ever read.  Unlike Craig's previous essays that focus mainly on craft, this one is all about lighting the proverbial fire under your ass.  Craig details multiple methods for pounding through that first draft, while not psyching yourself out for what could be something magical.

Here's a sneak peek at 'Going the Distance':

One of my writing teachers in college once said, “Give yourself the freedom to write a piece of crap.” He’s right... the world won’t end if you’re sentence isn’t the verbal equivalent of Zoolander’s Blue Steel. You can always rework it later, the key word here being later. Think of demolition crews and construction crews; they’re both necessary for a job, but they’re not going to work on the same job site simultaneously. That would be a disaster, to say the very least. Understand that while that self-deprecating voice might really burn, you need that voice; the trick is to strike a balance between your critical mind and your creative one. Too much criticism while you’re trying to create, and you’ll never finish anything; if you never challenge yourself, you’ll never get better (and worse, while never getting better won’t necessarily stop you from getting published—or rich—you’ll be utterly incapable of taking criticism from anyone else).

If you are already a Workshop member here at LitReactor, then check out Going the Distance.

If you want to see all of Craig's essays in one place, as well as 36 exclusive writing essays from Chuck Palahniuk, check out our Craft Essays section.

Man, I love a good craft essay. I want to see something from Baer.

This is an enormously helpful essay.  It has a one tip in particular that I've never read in any other book or essay about writing.

Hetch Litman from Somewhere in the mountains of the Pacific Northwest is reading The Violent Bear it Away by Flannery O'Connor December 17, 2011 - 11:06am

It really is fascinating.

There are many factors to consider when choosing an essay service. First, you want to make sure that you will receive a paper of the highest quality. A good service will hire only professional writers and ensure that all content is original. In addition, many services have rigorous selection procedures. Moreover, they provide discounts and other perks to their regular customers. You can also rest assured that your identity and personal information will be kept confidential. Finally, you need to check if the essay service has a money-back guarantee.