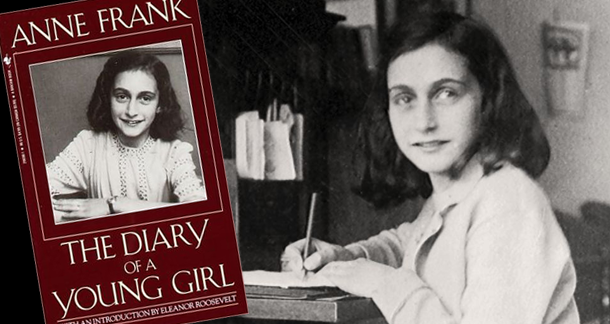 As we previously reported, a mother in Michigan lodged a complaint with her local school district when her daughter showed her passages in the "definitive" version of Anne Frank's The Diary of a Young Girl, which made her “uncomfortable”. This led to Gail Horalek asking for the title to be removed from the curriculum as it was “pretty pornographic for seventh-grade boys and girls to be reading”. This bid has failed.

The “definitive” edition of the diary includes material originally deleted by her father, Otto Frank, from the 1947 version. One of her cousins, Buddy Elias, thinks the material shows how normal she was, albeit with a talent for writing, “not as a saint, but as a girl like every other girl”.

The committee that makes these decisions has ruled: “that the title's removal would effectively impose situational censorship”.

"The committee felt strongly that a decision to remove the use of Anne Frank: The Diary of a Young Girl – The Definitive Edition as a choice within this larger unit of study would effectively impose situational censorship by eliminating the opportunity for the deeper study afforded by this edition," wrote assistant superintendent Robert Behnke in a letter to the community.

I understand Horalek’s concerns, but I think the committee made the right decision, don’t you? Once we start down the censorship road I don’t know where we’d stop…

If she doesn't like it, she should send her kid to a private school.

So glad they didn't remove it. As a teacher, I would have fought tooth and nail to keep this one.