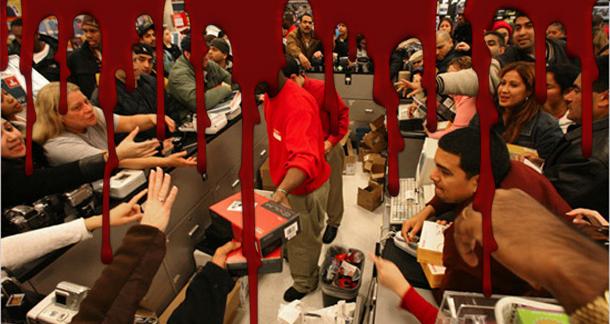 Black Friday is upon us. That magical holiday when, hung over and stuffed with meat, we shop until our wallets explode.

If you're looking for holiday shopping deals, you currently have two options.

Option one: Head to the stores and run the risk of getting torn apart by an angry mob fighting over the last Xbox 360.

Option two: Call out sick, lounge around the house, pick through the leftovers for the crunchy bits of stuffing, and shop online.

If you picked option one, my prayers are with you. Treat this like the zombie apocalypse: Keeping moving, stay hydrated, and aim for the head. If you picked option two, then you're missing out on some in-store deals that aren't available online--and won't be until Cyber Monday hits.

Either way, we want to help. While we do have a pretty snazzy holiday gift-guide coming up soon, here's a preliminary rundown of some of the better Black Friday deals for the literary-minded. 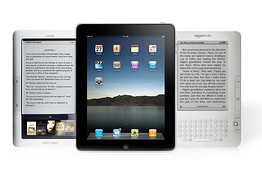 Black Friday is great for buying gadgets, and eReaders are going to be the hot ticket this holiday season. Tablet/eReader hybrids are available from Barnes & Noble and Kobo and Amazon, plus you've got the dedicated eReaders, like the Kindles, and the all around heavy-hitter, the iPad. If ever you were looking to get on the eBook train, this is the time to do it.

We already know that Apple is going to offer the iPad (along with other products) today at discounted prices. You'll be able to snag one for $41-61 off, depending on the model. Check out the official Apple store for more information.

Best Buy is also running some specials on tablets and eReaders. They're offering $45 off the iPad 2 (although it's sold out online--you might have luck in the brick-and-mortar locations if they haven't been picked clean). They're also selling the Nook Simple Touch for $79.99, down from the retail price of $99. It's also sold out online.

But online shoppers can still snag the Pandigital Novel eReader in black for $69.99! Whatever the hell that is.

Unfortunately, there aren't a great amount of deals to be had for Kindles. Discounted accessories mostly, although you can currently save $120 on the Kindle DX 3G, which is marked down from $379 to $259.

Staples also seems to be offering some deals, but it's a little confusing as to what's an online deal and what's a store deal. They're selling eReaders with "easy rebates," which, I don't know. I always thought that made things way too complicated. But it doesn't hurt to keep an eye on them, too. 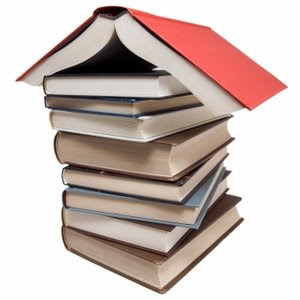 If you do a lot of your shopping on Amazon (like me), then you need to camp on this link for the next few days. This is the portal page to Amazon's Black Friday and Cyber Monday deals. Did you know you could get the first four seasons of Mad Men on blu-ray for like, crazy cheap?

You can also find plenty of discounts in the 'books' section, including 1Q84 marked down to $16.04 and The Marriage Plot for $14.09. Happy browsing!

There's also a limited-time promotion over at MysteriousPress.com (full disclosure: my day job) offering 10 eBooks by 10 different authors, marked down from $9.99 to $2.99. We've got James Ellroy, Donald Westlake, Christianna Brand, and Ross Thomas on the list, to name a few. Check it out!

Looking for a new office chair? A printer? A new laptop or computer? Then check out Staples and OfficeMax. I mean, you can currently save $11 on a pink mesh office chair at Staples! What a bargain! Seriously though, this is a great time to juice out your home office (or a loved one's, if you're so inclined to use holiday deals to buy stuff for other people, too).

Do you have the inside track on a hot deal? Share it in the comments.