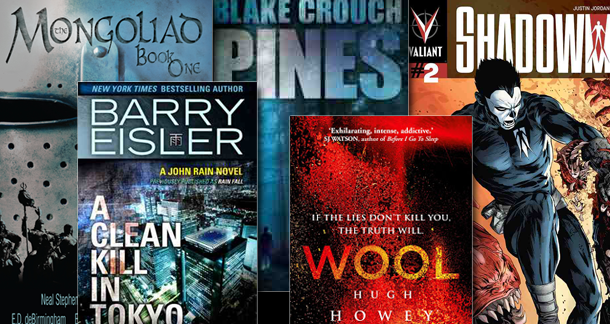 "Kindle Worlds presents an amazing opportunity to bring Valiant's wide-ranging universe of characters to a new medium, and empower fans and aspiring creators," Valiant CFO Gavin Cuneo said in a statement. "Comics are well known for their passionate and interactive fan communities," he said. "And, through the Kindle Worlds platform, we're excited to give aspiring authors and fans the opportunity to work within the Valiant Universe, make their stories accessible to a large audience, and earn revenue for their work."

Last month’s announcement was all about television tie-ins, with The Vampire Diaries, Gossip Girl and Pretty Little Liars the only series which had been named. The service will be launching “later this month” and will pay contributors between 20% and 35% royalties for their work. There’s been a bit of discussion around this one, with some saying that Amazon’s “legitimised” fan fiction, but there’s also some dissent. Particularly as the submitted works will be approved by the rights holders and only added to the program if accepted.

That approval step changes this from being a fanfic free-for-all to simply being yet another licensing deal. Rather than bypass existing publishers and enable more writers to be paid, Amazon is setting themselves up to be a publisher.

Well, regardless of the technicalities, it’s going to prove interesting to see who gets involved. For me, it’s less about fan fiction and more about a sort of “franchise” approach to the ideas and worlds. I mean, hasn’t fan fic been about writing stuff a series creator wouldn’t necessarily have come up with in the first place? Will it be the same if it’s all going to be sanitized and vetted?