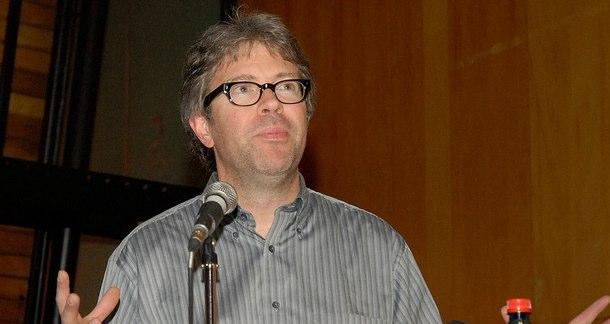 Jonathan Franzen, known gossip, seems to be on a quick trip toward Old Mansville, where he will retire to a rocking horse and only do things the hard way, and condemn all the young people for their use of automobiles and dialing telephones. He hates eBooks! He hates sex! And he hates the way you whippersnappers are always boiling your thoughts down to 140 characters. Pfft. 140 characters. Jonathan Franzen blows his nose and more than 140 characters come out.

During a speaking engagement last night at Tulane, writer Jami Attenberg took down some choice Franzen quotes, and then blogged about them. And thank heavens she did! Here's the part that's got literary nerds buzzing (emphasis is mine):

It’s a free country. People can do whatever they want within the law, and even some things not within the law…I personally was on Facebook for two weeks as part of a piece of journalism I was writing — it seemed sort of dumb to me. Twitter is unspeakably irritating. Twitter stands for everything I oppose…it’s hard to cite facts or create an argument in 140 characters…it’s like if Kafka had decided to make a video semaphoring The Metamorphosis. Or it’s like writing a novel without the letter ‘P’…It’s the ultimate irresponsible medium.

Naturally, there was only one thing to do: take to Twitter. And thus, #JonathanFranzenHates was born.

Some of my favorites so far? Here's a short list.

You, too, can join the fun on the unspeakably irritating medium here.

Image via Pontificia Universidad Católica de Chile on Flickr (which, doubtlessly, #JonathanFranzenHates--missing vowels are not to be joked about. They are serious business.)

We will look back on this and nod at the genius of this kind of self-promotion.

Franzen is right. Twitter is someting people will look back on and realize how completely crippled and useless society is making itself, and in such a hurry.

The man has a point, even if it is not coming across to many. We are distilling our language into bumper stickers and avoiding factual, articulate, vernacular and communication in general to instead dispense snippets of trivia, factoids, and barely readable phrases. No wut IM sayin?

Kind of can't believe I have to play this card when it comes to the "brevity = frivolity" argument, but there's a single-sentence answer to everyone who thinks that distilling down language necessarily ends in meaningless crap: