Jeff Noon's First New Novel In 10 Years Has Already Been Available For Over A Month-- What The Hell?!?! 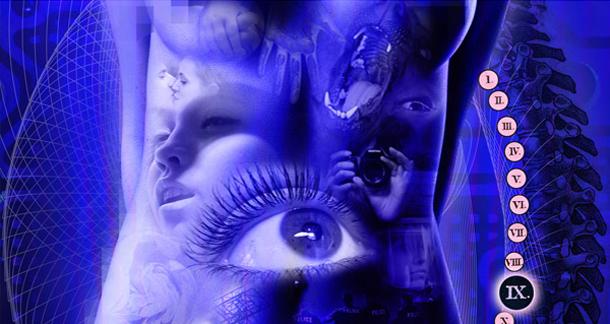 About a year ago I wrote a LitReactor column called, What The Hell Ever Happened To... Jeff Noon? Jeff is one of my favorite writers and he had only recently surfaced after a decade of near inactivity. I had tracked him down and exchanged emails with him, anxious to know where he'd been and where he was going. He had a lot to say, including this tantalizing morsel about a new novel:

The new book is still a secret, still with pages of mist. It’s still a way off to publication. Basically, we’re only just putting together a deal. Sorry for being so reticent.

Turns out, the novel was such a secret, I only just heard it's been available as an eBook for two freakin' months already! Sneaky sneaky, Jeff. Why didn't you tell me?

And what about you lot? Did any of you know about this? If so, you're jerks for not telling me. If not, it's time to remedy the situation. Channel Sk1n, Jeff Noon's first new novel in 10 years, in available NOW. You can get it from/for iTunes, Nook, Amazon, and Kobo. Here's what it's about:

Welcome to the new interface.

Channel SK1N tells the story of Nola Blue: pop prodigy, the girl every teen wants to be, or be with. She has talent, hit tunes, international fame, everything she could possibly want. But when she begins to pick up TV signals on her skin, Nola is forced on a journey far beyond the boundaries of the mega-stardom she was molded for.

This is a Frankenstein tale for the X-Factor Generation. Saturated with the same parasitic media that prey on Nola, Channel SK1N broadcasts Noon’s lyrical mastery on a viral frequency.

In addition, both Automated Alice and the short story collection Pixel Juice have been released in the eBook format, with plans for the rest of Noon's back catalog to follow. Good news all around.

I don't know if Channel Sk1n is as experimental as some of Jeff's recent flash fiction, but one Amazon reviewer complained about the fragmented nature of some of the prose, so maybe. Still, I can't wait to read it. What do you guys think?

Yay! Noon is back!

I don't have to rush to pick this up as I still have Automated and Nymph to read, but I love what I have read of his stuff and it's great to hear he is publishing again.

Pixel Juice is awesome. I'm a big fan of Falling Out Of Cars too.