J.D. Salinger tells Hollywood to 'Suck It' From Beyond the Grave 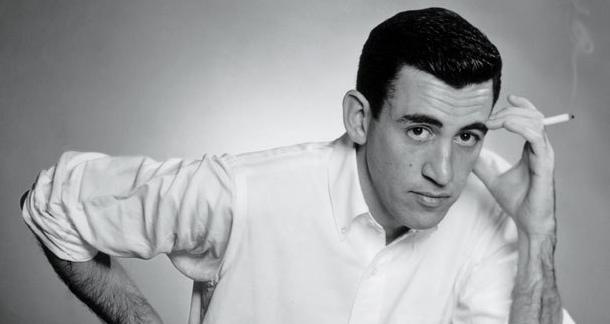 In a 1957 letter, the notoriously reclusive J.D. Salinger listed a number of reasons why his classic novel, The Catcher in the Rye, should never be adapted for the stage or screen. The author, whose comments on such a project were limited to the single letter, never sold the rights to his novel, and while an argument could be made that Salinger was just being his usual, ornery self, the letter in question actually raises a very reasoned argument as to why The Catcher in the Rye (and other novels, really), should remain in their original medium.

…gasolilne rainbows in street puddles, his philosophy or way of looking at cowhide suitcases and empty toothpaste cartons—in a way, his thoughts.

The author also argues that the roles of Phoebe and Holden are much too nuanced for any child actor to pull off effectively, or for any director to generate an adequate performance from said actors. He’s also understandably skittish about the technical limitations of a stage play.

Surely, if Salinger had lived to see the leaps and bounds that we’ve made with 3-D and smell-o-vision, this project would be in the works already. Michael Bay is still hunting that first Oscar. Lights, camera, ACTION!!!

He didn't seem to have a problem authorizing Uncle Wiggily in Ct renamed My Foolish Heart in 1949. Guess he didn't like the final product of that one.

I think it would make a terrible movie because it's kind of a terrible book. South Park got it right when they had the boys read it. I remember feeling the same exact way.

I haven't seen the South Park iteration, but I'm with Mr. Donche nonetheless. I remember reading Catcher as a teenager and thinking Holden was too much of a whiny teenager for my tastes. Maybe my distaste for the book is more because of how people react to it than it is about the book itself.

Regardless, a movie version would be nothing short of atrocious. I can't imagine it going well even in ideal circumstances. Salinger, despite my general dislike of him, was right to not sell the rights.

Times change. The Holden Caulfield of today would be 8 years old...

Daniel, you hate everything.

I haven't seen the South Park either, but I'm glad someone took a shot at this intensely over-rated work.

I don't feel that this work is over-rated at all. The Catcher in the Rye was one of those books that I read in high school simply because it was on a banned list but after reading it I realized that it was much more than teenage rebellion and self discovery. It is, in my opinion, a story about not fitting in or finding your place in life. So many books and other media today tells young people that by following their dreams and goals and ambitions that they will find "the place where they belong" but that is unfortuneately not true. It may not be as "dangerous" as once believed, and yes, it is definitely over hyped, but it is not a book to be ignored. Many depressed, outcast, and ill fitting people have read it and have been influenced by it in ways that help them change their lives, accept their position in life, and even come to terms with their beliefs and families. To you it may be garbage but to others it is a treasure.

I love Catcher in the Rye.

I agree with Jason. Catcher in the Rye is not my favorite book by far, but it is definitely a book that shouldn't be ignored...a book worth reading at least once...one of those things every person should do before they die.