In Your Dreams: The Return of The Sandman 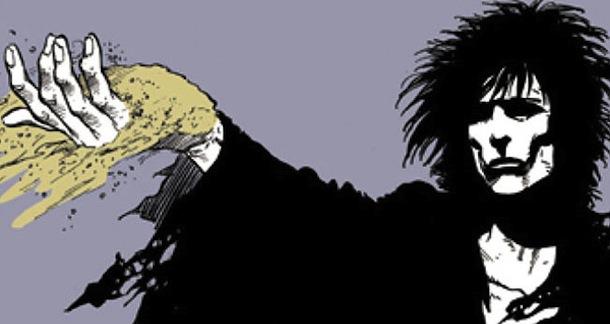 Neil Gaiman is a role model for many in the writing world. The man has written novels, short stories, poems, comics, television episodes, and films, and has always been difficult to pin to a single genre. Frankly, he could write his own name, misspelled on a soggy napkin, and it would be fantastic.

Following the release of The Ocean At the End of the Lane, Gaiman is going back to the series that made him famous, The Sandman. Though it had been teased that Gaiman would return to the story, Vertigo revealed on Monday that the new storyline would be a prequel titled The Sandman: Overture.

“This is the one story that we never got to tell,” Gaiman told The New York Times today. “In SANDMAN #1 Morpheus is captured somehow. Later on in the series, you learn he was returning from somewhere far, far away - but we never got to the story of what he was doing and what had happened. This is our chance to tell that story, and J.H. Williams III is drawing it. It’s the most beautiful thing in the world.”

For those not familiar with the series, The Sandman features the character Dream (aka Morpheus), an immensely powerful being that is the personification of, you guessed it, dreams. He exists as one of the seven similar beings known as the Endless, and the story follows Dream as he attempts to rebuild his kingdom after a long imprisonment in our world. The series has the distinction of being one of the very few graphic novel series to be featured on the New York Times Best Seller List, and has been described by Norman Mailer as a "comic strip for intellectuals."

Who else is too excited to sleep?

This is wonderful news. Gaiman is truly amazing.

Glad to see you writing for Lit Reactor, Nathan. I look forward to your future contributions :)

I heart Gaiman. I don't care if I get looks when I say that out loud, I damn-well mean it.

And thank you for the support. I'm excited to be doing this.

Hey, yeah. Excellent move over to the columns side, Nathan! Cheers! Also: good news about The Sandman (I really do need to read the graphic novels. I've read the short stories, but not the others).

I agree, looking forward to reading your contributions! And to the return of Sandman, of course. A little heads-up, I believe you should glance over the title of The Ocean and the end of the Lane one last time.

Fixed. Thank you much, Linda.