In Soviet Russia: eReader Data Can Change How We Write 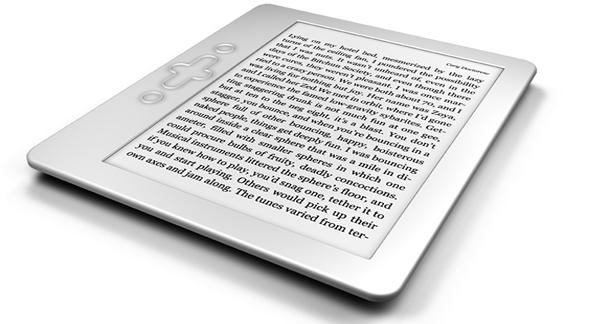 Have we gotten used to the idea of targeted advertisements yet?

I, for one, accept that the mighty eye of Google is tracking how many times I forget who Snooki is, and that Amazon is justifiably confused about what to suggest after my thirty separate orders of used trash bags. But that's the world we live in, right? So long as someone wants to know how to sell us something, someone else is going to be peering over our electronic shoulder at what we're doing.

eBooks are no different, and have joined their electronic brethren in tracking our habits and sending the data back to interested parties. We're not just talking about which books you buy, but the tracking is also covering specifics, such as where you slow down in a book, or at what point readers give up. It's been known that several big-name companies do this for their own internal use. However, eReaders have allowed for the "all-you-can-read" subscription business model, such as that used by Scribd and Oyster, and this is allowing writers to see exactly what might not be working in their book.

Scribd is just beginning to analyze the data from its subscribers. Some general insights: The longer a mystery novel is, the more likely readers are to jump to the end to see who done it. People are more likely to finish biographies than business titles, but a chapter of a yoga book is all they need. They speed through romances faster than religious titles, and erotica fastest of all.

At Oyster, a top book is “What Women Want,” promoted as a work that “brings you inside a woman’s head so you can learn how to blow her mind.” Everyone who starts it finishes it. On the other hand, Arthur M. Schlesinger Jr.’s “The Cycles of American History” blows no minds: fewer than 1 percent of the readers who start it get to the end.

So sure, on the one hand, this gives writers a chance to see that their book takes a nose dive in popularity right about the time the high school vampire's secret admirer is revealed to be an elderly goat with a speech impediment. That's probably a good thing for a writer to know when they write the sequel, and as much as we hate to give publishers another tool to reject our work, it's undoubtedly a good tool for publishers to know why a work isn't profitable.

On the other hand, there's a very strong and valid argument that tracking reader information could hinder creativity and boldness. The paranormal/goat romance section would be depressingly empty, and the analytics for a book like House of Leaves would have been as scattered and insanity-inspiring as the book itself.

What do you think? Good thing, bad thing, or does it depend on who is seeing the data?