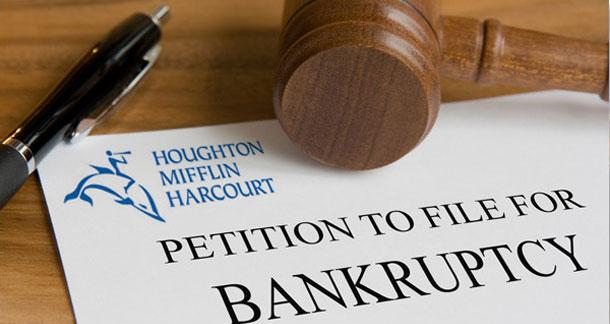 Boston-based publisher Houghton Mifflin Harcourt filed for Chapter 11 bankruptcy after striking a deal earlier this month to restructure $3.1 billion in debt into equity. The company publishes textbooks and educational materials for 60 million students in 120 countries, children's titles including the Curious George series, as well as authors such as J.R.R. Tolkien, Mark Twain, Philip Roth, and Jonathan Safran Foer.

According to HMH's official statement, it will "maintain normal day-to-day business operations" during the restructuring, which should be complete by June. It also plans to borrow up to $500 million from CitiGroup. The company doesn't expect employees, authors, or suppliers to be affected and will continue to pay them in full. HMH was already ranked one of the top-ten worst places to work by Glassdoor.com, so for God's sake, let's hope they don't stop paying people too.

Houghton, founded in 1832, has been showing signs of trouble for a while and first started to freak investors out when it put a temporary freeze on new titles in 2008. This year, they've been making moves in the digital space, signing in January to distribute eBooks from a branch of Amazon and partnering with Barnes & Noble earlier this month to provide schools with eBooks via Nooks.

What do you think? Is it too little, too late for Houghton Mifflin or will it pull through? And are they just the first of many major publishers to face the same fate?

Photo via The Mac Observer