HarperCollins to Publish "The Kings Speech" and "The Matrix" Novelizations 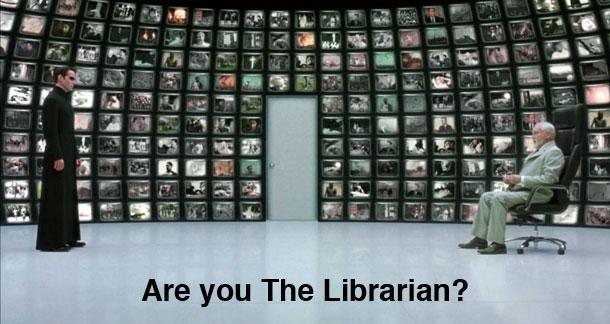 Whoa! Looks like HarperCollins just got the rights to tie-ins and film scripts for The Matrix, The King's Speech, Saving Private Ryan, and quite a few others.  They announced yesterday that they had locked down the majority of the Newmarket Press catalogue, which is a go-to publisher of film-related works.

So what does this mean?

Well, for one, HarperCollins is going to make some serious coin off the aspiring screenwriter crowd now that they're able to sell scripts for top-tier films.  The aforementioned movies are an obvious bragging point, however it's difficult to tell what other film rights they have acquired considering parts of Newmarket's site are currently down and taking into account the usage of the word "majority."  Regardless, look forward to the HarperCollins people pimping out their new film wares.

This brings us to our next point: tie-in novels.  Sorry, but those never sat quite right with me.  The Matrix films revolutionized effects in their own right when John Gaeta invented Bullet Time.  Kind of difficult to recreate that in print.  Then there's The King's Speech which took the Academy Award for best picture.  Why would I want the repackaged book version when given the option?  Same goes for Saving Private Ryan.

The book-to-film adaptation can work with the right people.  See Drive, if you haven't already. Film-to-book is another story.  Screenplays have their academic purposes, but a Matrix novel at this point seems redundant. Hopefully, HarperCollins can see that.

Bullet-Time could be considered perhaps the least impressive thing about the Matrix films, though still damn impressive.  These movies weren't about action... at all... despite doing action incredibly well.  The action got your attention.  If you want to take the red pill and look deeper, you get a richer experience out of it.

I'd personally love to see Matrix novels written in a way that expand on the philosophies driving the films' story.  I actually have separate books already on this, but to have it put into the narrative and written well... sounds awesome.  Could be Neuromancer / Snow Crash 2.0, a new landmark in cyberpunk literature as literature.  Knowing how much Lana Wachowski read and the panel of philosophers that covered the trilogy on commentary, it's not a stretch to say the Matrix films are already literature and just the tip of the iceburg.

What it also has going for it is that it's not like they need to get these out in time to cash in on the theatrical release.  These can and should be novels written as novels, not tie-ins, on a time-table of quality.  There's plenty of rich material and depth to go on.

Could be a fascinating read.  Might even make those that read it understand why the sequels are actually breathtaking, if not exactly great "films" on that merit alone.  I am excite.

Joshua Chaplinsky from New York is reading a lot more during the quarantine October 25, 2011 - 2:09pm

Maybe the novels will explain exactly what the hell is going on in the scene we used for the header.

I would not care to read the novelizations of most films I like, but there are some exceptions. I own a copy of the Videodrome novelization, which was based on an earlier draft of the script that contains additional scenes and a different ending. Now that's a tie-in worth owning!

I *love* the Architect's speech, and it was brilliant how they wrote him in a way that confused the audience.  They always say that if you got to talk to God, it'd be nearly incomprehensible.  Or like Dr. Manhattan says in Watchmen: "This world's smartest man means no more to me than does its smartest termite."  The point of his speech is that the first film everyone likes, it turns out, is one big joke.

I would definately read The Matrix novel but I think I would rather read something new from that same universe, which I'm sure already exist in graphic novel or video game form. And I agree with Xander about expanding on the philosophic aspect which a novel should have plenty of room for.
It would also be nice if it could be written in first person narrative, but probably would take away from the overall plot.

Joshua Chaplinsky from New York is reading a lot more during the quarantine October 25, 2011 - 3:22pm

lol  "Can you believe they wanted to call it Highway Crossing Frog?!"

The Matrix is one of my favorite movies ever. Just the first one though. It could have ended there and I would have been easily satisfied.

Maybe the Matrix books will expalin who the other Neo's were before Keanu.