HarperCollins to Include Ads in eBooks 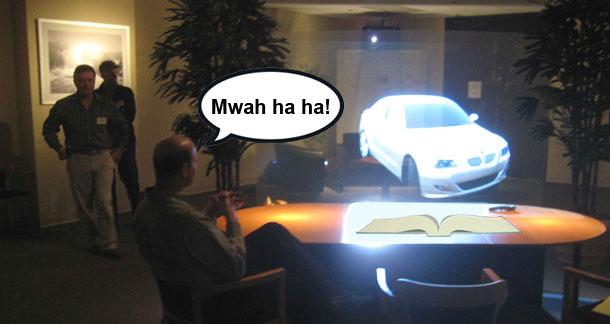 All of those people getting their panties in a bunch about the written word going the way of the dodo need to chill out.  Why?  Because our first chink in the eBook armor has officially arrived.  That's right, HarperCollins has announced they will be including advertising in their eBooks as per their digital director David Roth-Ey.  Not their entire catalogue, mind you.  HarperCollins will yellow the snow in their informational portion of books first, and from there we can wait for the stain to spread.  Here comes some positive spin courtesy of the director himself:

Certain kinds of books create immersive reading experiences whereby ads would be too interruptive for readers, and publishers and even advertisers aren’t likely to put a premium on that. But information books, for example a Collins birds guide, could provide very valuable real estate for contextual advertising - in this case potentially a binoculars manufacturer.

Come on, people, don't act like you don't know where this is headed.  Remember when YouTube used to be just videos?  Now you've got to sit through car insurance ads just to watch a Ke$ha video.  A few years ago you could go to Express and buy your sweaters in peace.  Now the cashiers want your email so they can flood your inbox. It's all about product placement and making another sale off the previous sale.  If you don't believe me, type "Pepsi" or "Pizza Hut" into a Facebook update and look what pops up in Related Ads.

HarperCollins is officially kicking this nightmare off, and considering what we know about how popular eReaders have become, it's not going to be long before it spreads to all genres beyond informational.  That's simply the nature of the beast: introduce a product, make the consumer dependent on said product, then introduce advertising.  Yes, your eReader has begun its slow shift to billboard status.

Fictional characters eat and drink name brand products all the time, so is it really that hard to believe that a character drinking Mountain Dew won't come with a Mountain Dew ad?  Will Max Barry finally get some Nike money for all the name-dropping he did in Jennifer Government?

Time will tell.  One day though, maybe even just a few years out, people will start to complain how there are too many ads in their books.  The joy of reading will become a sales pitch.  People will start to say, "The paperback costs a little more, but I like my books ad-free."

thanks for the head's up Brandon - I still use that old-tech paper book thing - haven't succumbed to the e-reader/tablet temptation - and now it looks like I shan't.

ick. I need to take a shower.

Joshua Chaplinsky from New York is reading a lot more during the quarantine November 11, 2011 - 10:19am

With all the banter about eBooks here on LitReactor, I was actually contemplating getting one, but this definitely gives me pause.

The difference between eBooks and Youtube? YOUTUBE IS A FREE SERVICE. We have to pay for eBooks. Sometimes we have to pay ridiculous prices for eBooks, like that crappy Steve Jobs biography. (Note: I say the book is crappy because it is. Steve Jobs, though, is not what made the book crappy. Regardless of the crappiness, the book was retardedly expensive for an eBook.)

Amazon offers us a discounted eReader. To compensate for this loss, they include ads with this cheaper version of their Kindle. If we don't want to see those ads, we spend an extra $50 on an ad-free Kindle.

HarperCollins should consider this model. They should offer TWO versions of the book they intend to rape with their ads: an ad-free one and a considerably cheaper ad-infested one.

Even if they decide to do this, this is the dumbest idea I've ever heard. Talk about greed. Of all the directions eBooks can go: interactive experiences, imbedded videos, animated covers--they decide to infect their products with ads.

Joshua Chaplinsky from New York is reading a lot more during the quarantine November 11, 2011 - 10:30am

HarperCollins should consider this model. They should offer TWO versions of the book they intend to rape with their ads: an ad-free one and an a considerably cheaper ad-infested one.

I want to put together my own protest group to protest this bastard. Or I'll just go back to torrents...

Despite HC playing the douchecard here, I have to say I think eReaders have saved the written word. The TV got in the way of reading. eReaders are bringing reading back.

I read every day, everything I could get my hands on, until I left for college. Then I stopped reading. I had no interests, no favorite authors, nothing. At the same time my sensory disorder grew and handling books wasn't a pleasant experience.

I never had an interest in eReaders until I started working in my current office. My boss and our UI guy both had eReaders and swore by them. I bought one on impulse as a reward to myself for a successful first month at work.

It was the best impulse buy I've ever had.

It's a great way to read. They're light, fit thousands of books, and most are easy on the eyes. I'm reading tons more than I used to, and I'm not the only one--my roommates all purchased their own after I raved about it and they use theirs all the time. I want to get some for my family in the hopes that my little siblings will read more instead of fighting over their one computer.

It's a pity that publishers are out to destroy what eReaders have begun. Cramming ads in their books, pricing them at ridiculous amounts, resisting the digital wave... really, printed books will never die, but eBooks address a whole new audience which could only mean more sales. Its time publishers get smart and embrace this new form of written material. Instead they're sabotaging everything an eReader has to offer.