Harper Lee Seeks Trademark for ‘To Kill a Mockingbird’ 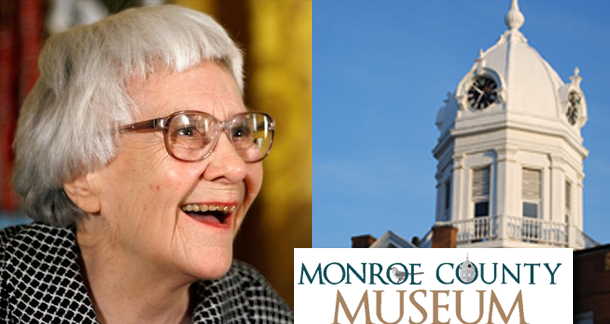 It’s one of the most well-known and loved books in American literary history and it won a Pulitzer Prize in 1961. It’s also been banned on numerous occasions. Chances are you’ve read it, despite the ban and, like me, have wondered why Harper Lee never wrote another book. Yes, it’s To Kill a Mockingbird.

Now, in another twist in the tale, it appears Lee is seeking trademark for the title words when they’re used on clothing. The Monroe County Heritage Museum in Monroeville, Alabama, is contesting the trademark, “contending the sale of souvenirs with the words is vital to its continued operation”. It would seem it’s all about the money.

Lee's New York attorney, Robert Clarida, said the 87-year-old author, who lives in Monroeville, has never received a penny from the museum's sale of T-shirts, caps and other souvenirs. "They want to continue selling the merchandise without Ms. Lee getting any money," he said Friday.

Is Lee just being greedy? Well, the museum might well be profiting from her intellectual property (although titles are notoriously difficult to trademark or copyright), but they don’t see it that way. Of course.

Museum Director Stephanie Rogers said Lee's book drives tourism in the rural south Alabama county. She said the museum has always been supportive of Lee, and she has never said anything about the souvenirs when visiting the museum. "I feel like all we do is honor her here," she said.

Well, as they operate several To Kill a Mockingbird attractions, including tours of the old Monroe County courthouse (which was the inspiration for the film), it’s hard to argue they’re not profiting from her work, not to mention using the title as their domain name. No one expects a quick result as actions like this normally take up to a year to resolve.

Lee did recently settle “in principle” the case over her ownership of the copyright for the book, where she alleged she was “scammed” into signing over her original copyright. No word yet on what that settlement means, but I’d bet it’s about money. I can’t really believe I’m going to ask this, but should she be justly compensated for her work or not? I know I would probably be doing the same thing in her shoes.

She should absolutely be paid for her work. The museum is being paid are they not? She is not, I'm sure, asking for all of their profits, just a percentage. The details should be worked out by the parties involved, but that she deserves SOMETHING should stand without debate.

I think that while an author is alive, they should be able to do what they want with their creations. What does tick me off is that after they are gone, their relatives or some kind of society gloms on to their works and acts as if they deserve the credit for it ( and associated wealth, fame etc. ) .  If the author wants to set something up that out lives them, so be it, but otherwise, into the public domain. Little Johnny or Jill will have to earn their own fame.

This should have been resolved before the first tee shirt was printed. No one should assume, even when their motives are unselfish, that it is okay to trade on the work, notoriety, or product of another.  I hope it is resolved amicably.

"To Kill..." = 30 million copies sold. It is required reading in half the schools in the English speaking world. This is clearly not about money as most (in-fact almost all) of the comments I have read suggest. My favourite was "authors need to eat too" .
Harper Lee is not broke .
Does no one remember that she mentions the product "coca-cola" in the novel itself ? That is not actionable and coca-cola would look like fools if they tried to make it such. This is about something far less easy to define than money.  Either that or she no longer has control of whatever "foundation" owns or controls her work/ image/ intellectual property etc .
It is possibly one of the inexplicable, often saddening, personality changes that comes when "old" moves on to "elderly".
I may be doing her a great disservice but I'll say (or rather "type") this: If  Harper Lee is broke then she needs to use a different Chinese take out. They charge her way too much there. Maybe they found out that she wrote a novel that has sold 30 million copies...Or maybe she should just order less. Often a set meal for one can be stretched out to feed two with no more than a single rice added.