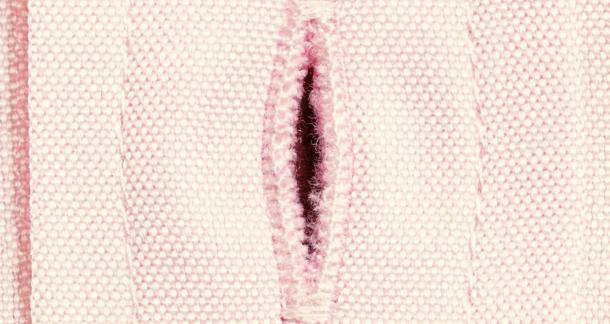 Who would touch a book that details the technically repeated rape of a 14-year-old boy by his much older female teacher? Harmony Korine, that’s who.

The official synopsis of the book, via Amazon, romanticizes the dark subject material just a bit:

Tampa is a sexually explicit, virtuosically satirical, American Psycho–esque rendering of a monstrously misplaced but undeterrable desire. Laced with black humor and crackling sexualized prose, Alissa Nutting’s Tampa is a grand, seriocomic examination of the want behind student / teacher affairs and a scorching literary debut.

And because I’m five years old inside, I should also point out that the cover to the novel displays a strategically shaped buttonhole that looks like a vagina.

While Korine has copped up to Tampa being on his Bucket List, it’s not the next project on his docket. In fact, it may not even be a film, as Korine has also approached HBO about the adaptation.

Some people believe controversial books often make the best reads. What do you think? Does Nutting’s novel take things a step too far, or does it deserve the acclaim it received?

I don't think anyone can argue that it's extremely well-written. It's definitely a book I never thought would have been optioned for a film (only because of the graphic content) but I'm excited to see how this all pans out. Jeremy Irons once said he feared he would never work again after Lolita, so I'm curious to see which actress will step up to the plate on this one.

Community Manager
helpfulsnowman from Colorado is reading But What If We're Wrong? by Chuck Klosterman August 29, 2016 - 5:11pm

Yeah, I think this has potential to be an interesting movie.