Get Ready For Season 3 of 'The Walking Dead'... Complete With Episode Recaps At LitReactor! 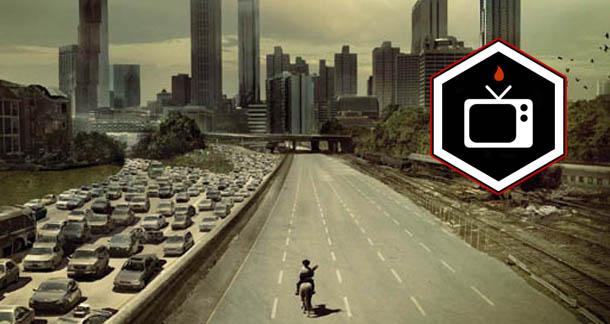 This Sunday AMC kicks off the third season of The Walking Dead. It's a show I have a weird relationship with. I love the concept and I look forward to it, and then I end up disappointed after each episode because the character development, the pacing, and the plotting are all completely terrible. And Lori. Oh, don't get me started on Lori...

Still, I watch, and I hope, and I do think it's a fun show and a lot of people disagree with me on the overall quality issues (clearly, from the ratings).

When we last saw The Walking Dead, I was harboring some cautious optimism. The final few episodes of Season 2 were much better than the boring, circuitous start to the season. There's some buzz on the internets that the show really picks up in the third season, so we'll see.

We're excited to be kicking off this feature--so please come join the discussion next Monday.

In the mean time, check out this trailer, then head on down to the comments, and let us know what you're hoping for, what you think they'll correct in the third season... or if you think I'm wrong and you believe it's the greatest show on television ever.

I love the show, but I agree that the pacing could use some work. I don't have as much issue with the character development, though I would like to see some of the characters get more screen time. Something that I think might happen in season 3 is a relationship between Andrea and Michone. I think they are going to be a couple. And Lori. Dat bitch. Go DIAF. Haha :-P

Looking forward to the recaps.

Joshua Chaplinsky from New York is reading a lot more during the quarantine October 9, 2012 - 11:05am

Haven't watched since the first season and don't plan on starting back up. But I'll drop by to leave some uninformed criticisms every once in a while.