Five New Books on the Way From J.D. Salinger 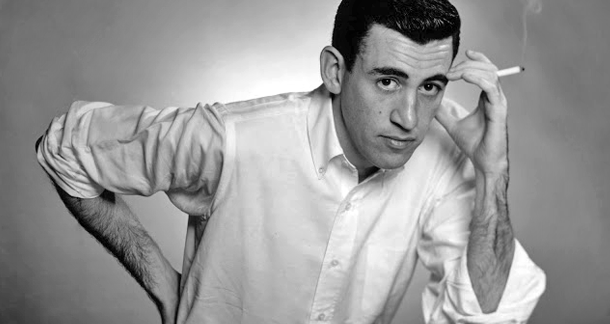 It’s often a complex affair, dealing with an author’s remaining works after they’ve died. The writing is often incomplete or not really fit for publication. According to the upcoming documentary on J.D. Salinger, this isn’t always the case, as he left instructions to his estate for publication of at least five new books, the first one due as soon as 2015.

Some will be original, while others will be extended versions of previous works. They will include work featuring Holden Caulfield, the protagonist of The Catcher in the Rye, as well as new stories about the Glass family, who featured in Franny and Zooey and other collections. The works are also expected to include a novella based on his war experiences and a book set against the backdrop of World War II.

Salinger’s last published original work was in 1965. He also hadn’t given an interview for the best part of 30 years before his death in 2010 at the age of 91. His published work only comprises a baker’s dozen of short stories and a novel. But apparently he was writing until his death.

…in 1974, the author revealed he wrote daily... He said: “There is a marvelous peace in not publishing,” adding: “Publishing is a terrible invasion of my privacy. I like to write. I live to write. But I write just for myself and my own pleasure.”

What will this mean for students and fans of Salinger’s work? It may well shed some light on Salinger’s published work, and at the very least provided a fuller picture of the author and how he wrote. Will you be picking up his new books?

The well-guarded book, Salinger, comes out on the 3rd of September, with the film due for release on 6 September.

This is really exciting to me.  And that he left instructions for them to be published is even better.  I never feel right about people taking something the author wrote, and purposely did not share, and publishing it after their death.

If this is stuff he wanted out there, then I'll be first in line to read it.  I'm more interested in anything to do with the Glass family.

This actually made my morning!

Joshua Chaplinsky from New York is reading a lot more during the quarantine August 26, 2013 - 6:50am

I'm more interested in the film than anything new from Salinger. His story is more interesting than his stories.

I always had the idea he was pretty dull.  So I'm not sure about the movie.  I won't make it a priority.

Regardless, you have to admire the man especially his sentiments and feelings about writing for writings sake. This quote speaks volumes:

“There is a marvelous peace in not publishing,” adding: “Publishing is a terrible invasion of my privacy. I like to write. I live to write. But I write just for myself and my own pleasure.”

The Children of the Sun: Book One

Maybe. I'm hopeful, but the only confirmation, if one can call it that, comes from two anonymous sources , as described in a a newly published biography, which Kakutani skewers in her NYT review:

This methodology gives the reader a choral, “Rashomon”-like portrait of Salinger, but it also makes for a loosey-goosey, Internet-age narrative with diminished authorial responsibility. Instead of assiduously sifting fact from conjecture and trying to sort out discrepancies, Mr. Salerno and Mr. Shields are often content to lay back and simply let sources speak for themselves.

This can make for sloppy scholarship with a lot of hedges like “probably thought,” “would have understood” and “might have been,” as well as outright speculation — sometimes by the authors themselves. Mr. Shields and Mr. Salerno even suggest that “Catcher” in some way played a role in the killings of John Lennon and the young actress Rebecca Schaeffer, and the attempted assassination of Ronald Reagan. These terrible acts, the authors write, “are not a coincidence; they constitute frighteningly clairvoyant readings of ‘Catcher’ — the assassins intuiting the underlying postwar anger and violence in the book.”

The authors of “Salinger” attribute details of [the future publications] to two anonymous sources described as “independent and separate.”

According to her review, the biography also claims Salinger was born with just one testicle, a condition which signficantly contributed to his reclusive nature. That's what I call need to know.

I've only read Catcher In The Rye but I loved it. His canon is on my reading list.