'Fifty Shades of Grey' Taking The World By Storm, May Become A Movie 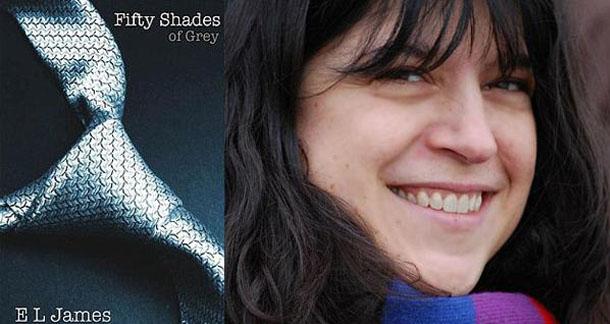 (In case you missed it, here's my original article on this literary phenomenon.)

First is news from The Hollywood Reporter, that this could soon become a major motion picture:

Sources say the book has attracted attention from Paramount, Universal, Warner Bros. and Fox 2000, among others. The sexually-explicit story, though, poses a challenge for anyone attempting to adapt it to film. A veteran producer who spoke to THR believes the book is likely to sell for seven figures, though he also wonders if Fifty Shades can actually be made. "I’ve heard that women will read about pornography; men like to watch it," he notes, adding, "This sounds like an updated version of 9 1/2 Weeks."

Galleycat editor Jason Boog also has a very interesting essay up at NPR, about fan fiction. Definitely worth a read. And it includes this terrifying tid-bit:

It's a question the publishing industry must reckon with. Publishers have a bad habit of chasing trends, and James' success will undoubtedly spawn a wave of repurposed fan-fiction erotica in the coming months.

What kind of fuckery is this? I'm so glad you talked me down from buying this. Ugh.

Joshua Chaplinsky from New York is reading a lot more during the quarantine March 16, 2012 - 1:28pm