David Milch Scores Rights To The Works of William Faulkner 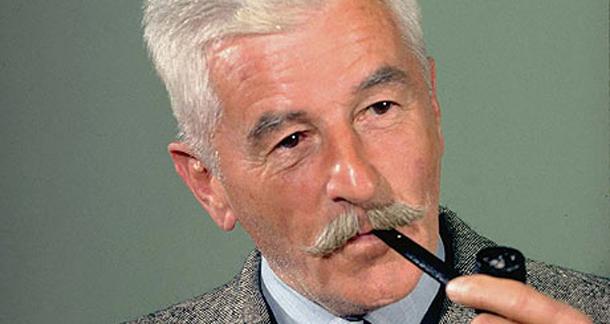 Are you a William Faulkner fan? Then this will probably be the best news you've gotten since August 1987, when the US Postal Service issued a 22-cent stamp in his honor!

Writer and producer David Milch, the man behind shows like NYPD Blue, Deadwood, and the upcoming Luck, just extended his contract at HBO. At the same time, he struck a deal with the Faulkner estate, which gives him access to everything Faulkner has done (outside stuff that's already been optioned) for shows, mini-series, or movies.

New York Magazine explains the significance of this pairing better than I ever could:

Milch and Faulkner go together like decaying societies and muddy underpants: Perfectly. Both shift perspectives and voices, both examine the ways we hold our small societies together, and both create somehow beautiful characters that illuminate facets of misery (but sometimes victory) you didn't even know existed.

The deal covers all of Faulkner's 19 novels and 125 short stories. That is a lot of material. And it's encouraging that Milch has a good relationship with HBO, because they've got a better-than-even track record when it comes to putting out good TV.

So, let's start fan-casting The Sound and The Fury! Who should play Benjy Compson?!

For Benjy, after seeing Drive the other day, I might say Ryan Gosling.

I see Ryan Gosling more as a Quentin. But I didn't see Drive.

For Benjy, I vote Macaulay Culkin. His brother Kieran could make a good Quentin too.