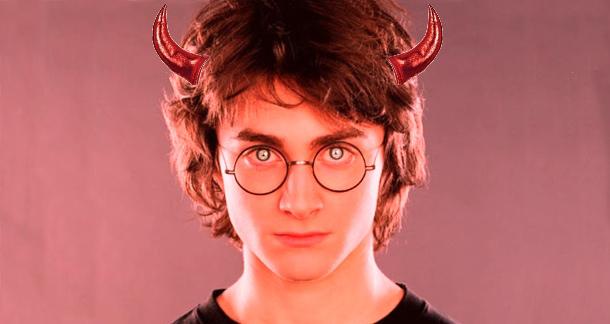 It was announced today that Daniel Radcliffe—best known for playing Harry Potter and romping around naked with a horse in Equus—will be taking the lead in the film based on Joe Hill's 2010 international bestseller Horns. Alexandre Aja (The Hills Have Eyes, Piranha 3D, Mirrors) is directing.

Radcliffe plays Ignatius, a man accused of killing his girlfriend. On the first anniversary of her death, Ig gets completely wasted...as you do when all your friends think you're a murder and rapist. When he wakes up, he has developed horns and the power to make people confess to things they'd rather not say. And by that, I mean serious sin type stuff, not "I can't stop staring at your unibrow" type stuff. In short, his morning-after makes any pain you've ever had after a big night look like Baby's First Hangover by Playskool.

Horns was Joe Hill's second novel. The author, who comes from the solid writerly stock of Stephen and Tabitha King, discusses his book in this video:

I read Hill's first book but haven't gotten around to Horns yet. Have you guys read it? If so, does Radcliffe seem like a good choice for the lead?

I recently ordered Horns but have yet to receive it. The fact that a film is being made does move it up my reading list, though.

I really enjoyed Piranha 3-D and hope Horns is closer to that than Aja's other films.

Just finished this book. I'm interested to see how he does in a role where he's not potter. I did see lady in black and it was more like a ghost story with harry potter. the gotee and losing a bit of his english accent may help remove him from the child we all remember.

I bought Horns awhile ago and haven't gotten around to it. I never got into the Harry Potter films, so it may not be as diffficult for me to see him in other roles.

JEFFREY GRANT BARR from Central OR is reading Nothing but fucking Shakespeare, for the rest of my life July 13, 2012 - 2:58pm

I didn't like Horns. The concept was interesting, but the story was boring as hell. They should make 'Heart-Shaped Box'--that was a killer story and a good book.

I am envious of his writing method. Just crank the stereo to eleven and write. I wish!

I loved Horns. It'll be interesting to see Radcliffe in a completely different role than Harry Potter.

I didn't like Horns. The concept was interesting, but the story was boring as hell.

I got the impression that Horns would make a really good film and that a skillful adaptation could avoid some of the storytelling wrinkles of the novel.

I was a huge fan of Horns. I have enjoyed everything I've read by Hill especially 20th century Ghost.

I think Hills best work to date so far has been his comic book series Locke and Key though. If you have enjoyed his novels or short stories do your self and order the first book from Locke and Key called Welcome To Lovecraft. It is an amazing piece of work. Book five just came out last Wednesday.

Dwayne from Cincinnati, Ohio (suburbs) is reading books that rotate to often to keep this updated July 15, 2012 - 4:35pm

I haven't read Horns yet because I though Heart Shaped Box was pretty rubbish. So very predictable.

Is Horns better then?

Horns is a great read... I think they'll make a pretty sweet movie out of it... but i also think Joseph Gordon Leviett or however you spell it would play a better Ig...