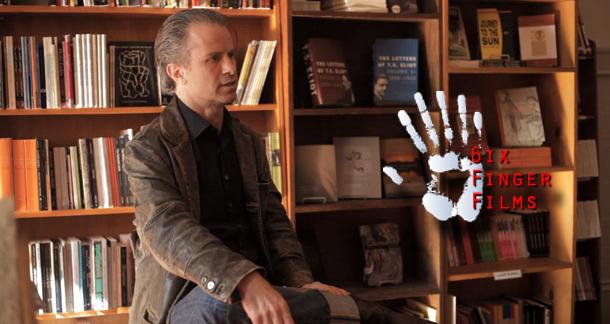 There are 17 days left on Smoke and Mirrors, a Kickstarter campaign that will use a chapter of Craig Clevenger's forthcoming novel as the basis for a short film.

The project requires $15,000, and so far, just over 70 percent of that sum has been pledged. In order to push them over the top, Clevenger and production company Six Finger Films have upped the ante on the rewards.

If they can hit the 80 percent mark (an even $12,000) by midnight PST this coming Friday, everyone who backs the project--no matter the level--will get a free download of the music from Smoke and Mirrors, created by Aaron Goforth of The Last Nova.

They've also added another funding level reward: Pledge $1,000 or more, and you get a position, on set, to assist with the department of your choice in the production of the film. There are only four of these up for grabs. Aspiring filmmakers? That one's for you.

I'm a fan of this, for two reasons. First is, I'd be excited to see how Clevenger's writing translates to the screen.

Second, I like how Kickstarter democratizes the artistic process. We don't need squares in suits telling us what projects deserve funding. Contributing to a Kickstarter campaign is like an investment, except in something that's cool (art), as opposed to something that's lame (a bank). And if I get a handmade Bolivian necklace out of it? Even better.

What do you think, LitReactors? Is Kickstarter a place authors should be looking when they want to fund otherwise out-of-reach projects?

Oh, and also: Go give Clevenger's campaign some money.

misterwoe from Kansas but living in Athens, Greece is reading Perdido Street Station by China Mieville, Inside the Third Reich by Albert Speer, A Wolverine is Eating My Leg by Tim Cahill March 14, 2012 - 1:55pm

I didn't learn about kickstarter until today. This is awesome. It's a great way to fund projects worth funding, also a chance to seek out other professionals for possible collaboration.

We made it, with nine days to spare. Thanks to everyone who kicked in and helped spread the word, and thanks to Dennis and Rob for keeping the Pimp-O-Tron firing on all eight cylinders for the duration.

I'm gonna offload this whole thing to the director and producer and get back to the calm, solitary world of my manuscript.