Cornelia Funke to Self Publish ‘The Golden Yarn’ 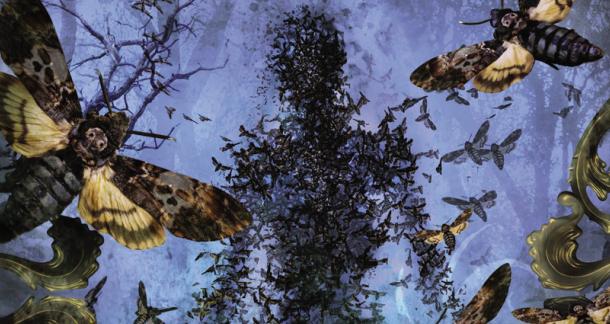 Is there a point at which the art of writing should not be compromised? Cornelia Funke, author of the infamous Inkworld series, would probably say yes, given her latest decision to join the growing community of self-publishers, reports The Guardian. The choice, it seems, all came down to a dispute over an opening scene.

The Golden Yarn, Funke’s latest installment in her bestselling Mirrorworld series, included a first chapter that did not sit well with American publishers. While the scene—featuring the Dark Fairy observing her lover’s mistress giving birth—was accepted by Germany, her U.S. publisher requested that she move the first chapter to somewhere else in the book, as well as turn the ending into an epilogue.

“I said, ‘what are you talking about? It’s a published book, it can’t be edited,” Funke stated. “I work through a grueling edit with my German editors. I edit my books myself, about six or seven times … I go through an edit of the translation, but not the plot. So I was shocked, I said “I’m sorry, but I won’t change a word.’ My readers in the US and UK get the same book they do in Germany.”

Funke went on to explain that the first chapter could not be compromised due to both the motifs and her intent for it to be featured as the opening scene. Though the publisher never clarified why including the chapter in the beginning was something they were against, Funke believes it may have come down to a fear of upsetting librarians and booksellers. “But I don’t understand because it’s not a sex scene, it’s a birth scene,” she added.

After the author opted out of the requested changes, she was given back the rights to the entire Mirrorworld series. “So here I was and I needed to publish a book because my readers were waiting,” she said. “The only way to publish it was ‘Cornelia, you have to do it yourself.’”

In the United States alone, the Mirrorworld series has sold over 150,000 copies. Now Funke will be publishing The Golden Yarn through her own company, Breathing Books. While the eBook will be released on November 17th, the print edition has been a bit harder to plan. The author plans to do a limited print run of 5,000 copies at first, reprinting more if readers are receptive to the book. She is also considering the idea of publishing her new Dragon Rider book under Breathing Books this coming year.

Do you think self-publishing is the way to go when authors and publishers come to an impasse, or should an author always be expected to make suggested changes?

The Long & Winding Road: Part VI - What Happens When Your Book Doesn't Sell