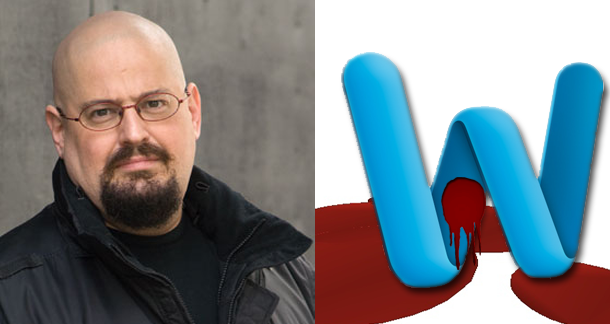 Chances are, you’ve used Microsoft Word at one time or another. Let’s face it, it’s become the defacto program to edit text documents for business and personal use, leaving the corpses of other programs in its wake. This past weekend, Charles Stross posted a well-thought out and convincing “manifesto” on his blog about the hold this software has on the industry, which begins: “I hate Microsoft Word. I want Microsoft Word to die.” He continues in a similar vein:

Microsoft Word is a tyrant of the imagination, a petty, unimaginative, inconsistent dictator that is ill-suited to any creative writer's use. Worse: it is a near-monopolist, dominating the word processing field. Its pervasive near-monopoly status has brainwashed software developers to such an extent that few can imagine a word processing tool that exists as anything other than as a shallow imitation of the Redmond Behemoth. But what exactly is wrong with it?

That’s the burning question. Stross goes on to explain a bit of the history of Word and, like me, he’s been using word processing tools for a good chunk of his life, so he has experience of things other than the Microsoft standard. He also explains about how we got to this point.

Over the late 1980s and early 1990s Microsoft grew into a behemoth with a near-monopoly position in the world of software. One of its tactics became known (and feared) throughout the industry: embrace and extend. If confronted with a successful new type of software, Microsoft would purchase one of the leading companies in the sector and then throw resources at integrating their product into Microsoft's own ecosystem, if necessary dumping it at below cost in order to drive rivals out of business… It is, quite simply, unavoidable. And worse, by its very prominence, we become blind to the possibility that our tools for document creation could be improved. It has held us back for nearly 25 years already; I hope we will find something better to take its place soon.

Extreme? Well, not if you’ve ever used any past competitor — anyone remember WordPerfect? Or WordStar? He is quite right that business, and the publishing industry in this particular case, expect files in a format they can use, namely, Microsoft Word documents. Is it holding us back? It’s certainly not helping, and I would just as soon replace it with something I could work more easily with, wouldn’t you?

You can see the full text of Why Microsoft Word must Die here.

Scrivener is excellent for organization of the creative process, and for it's insane variety of export options. And it's cheap.

Pages on the Mac is far superior in every way to Word for Mac. And in some ways, can be a substitute for Photoshop, which is a whole different conversation.

Even Google Docs is good, especially if you're creatively collaborating in a virtual environment.

All of these options will export into .doc format. But I do agree, the pervasiveness is a problem. So many people use Word because they are made to, or they don't realize there are viable and often far superior programs available to them.

So I'm the only weirdo with a mechanical pencil and yellow legal pad?

Seriously, I compose on the puter after I kill trees. And use Libre Office. Free!

EricMBacon from Vermont is reading The Autobiography of a Corpse October 16, 2013 - 2:58pm

Scrivener is perfect for writing projects, and I like to use minimalist applications for creative writing. Currently my favorite is OmmWriter. But the truth is that Word offers choices as well. You can hide anything you like to make the screen blank, and you can choose other formats. Complaining about that is a bit silly. Actually, I would prefer that Scrivener would use a format that is compatible with other applications so I could just jump into my work from any computer, but that involves quite a bit of work.

Outside of the computer, I do like to use my typewriter, or just a notepad. There is something to be said for the simple act of writing out a story long hand. The only problem I have is when I am in a creative high I can't scribble fast enough. I've wanted to teach myself to dictate or just plain record myself, but I can't get over the odd feeling of talking to myself out loud.

I was on Scrivener for a while and liked it a lot but I had trouble 1) editing long works on Scrivener and 2) going between Word (to send out final edits or do track Changes) and Scrivener. I tried Pages for a while but it kept adding extra hard-return lines to the beginning of each chapter, to the point that it'd take me ten minutes at the beginning of each session just to get the ms the way it was before. Eventually I went to Word 2011 for Mac and haven't really had any problems with it. I don't ask much of it though, which may be why. Scrivener had a lot of nice character functions but I've found that most of that stuff I do on index cards or draft paper anyway.

I really like scrivener, especially with larger stories. Way easier to keep track than word. And for the rest Notes on my iPhone, notebooks and scraps of paper when nothing else is around or I left home without anything to write on.

Gee, I thought I liked Word. Now I'm insecure. Thanks a lot, pal.

Dwayne from Cincinnati, Ohio (suburbs) is reading books that rotate to often to keep this updated October 18, 2013 - 5:13pm

I guess I'm the bad guy, because not only do I like Word I wish it would go ahead and kill off the other few word processors. All of them. I know, I know big company equals evil for some reason and blahblahblah. But if I get one more obscure file type that people just expect me to have a program that opens, I may say something harsh.