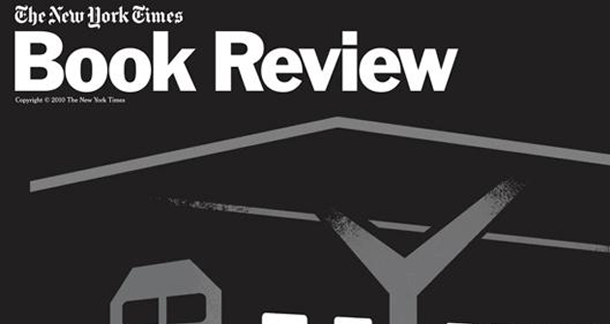 Isn’t it always the way? A new editor comes in and they feel the desperate need to make sure people know they’re there. Pamela Paul, new editor of the New York Times Book Review is no exception, with the announcement yesterday of three changes to the way things work there now.

"The eBook list has migrated online, the digital world being its natural habitat,” the Times announced. ”Given the fluid variety of pricing in today’s marketplace, we have also stopped including cover prices on the lists. The third change is the one you’re reading right now.”

That third change is a replacement of the former feature “Up Front” with a new column called “Open Book” which will highlight literary events like readings and panels and will offer a chance to use material from the archives. I particularly liked the quotes from the 1925 review of The Great Gatsby by Edwin Clark:

A curious book, a mystical, glamorous story of today… It takes a deeper cut at life than hitherto has been enjoyed by Mr. Fitzgerald. He writes well — he always has — for he writes naturally, and his sense of form is becoming perfected.

Well, it’s not earth-shattering news (I’d say it’s quite logical to put the eBook list online, wouldn’t you?) and isn’t likely to fundamentally change the Book Review, but hey, some people don’t like change, now do they?