Can "The New J.K. Rowling" Live Up To The Hype? 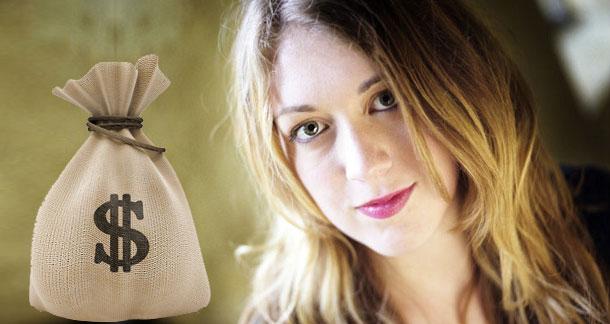 Via The Daily Mail:

The media is going straight-up bonkers today for Samantha Shannon, who is being dubbed "the new J.K. Rowling." Harry Potter publisher Bloomsbury signed the 20-year-old Oxford student and gave her what is being widely reported as a "multimillion-pound" advance for a seven-book series, but is actually, as Shannon explains, a six-figure deal for three books, though the team is committed to publishing a series of seven.

The first in the urban-fantasy series, The Bone Season, will be published in September 2013, just after Shannon graduates. Set in 2059, the novel focuses on a 19-year-old clairvoyant named Paige who is taken from a life of crime and sent to a secret city. Shannon started writing the book just over a year ago after her first novel, Aurora, was rejected by every agent who reviewed it.

She's only got 400 million copies to sell before she lives up to the hype. As Shannon tweeted to her 201 followers: "No pressure, then! I'm the first me, not the next JK". On her new blog, which will chronicle "every stage of publishing a novel," Shannon admits, "To be honest, I'm terrified. Like most people of my age, I'm a huge fan of Ms Rowling. It's scary to have been cast in her image when nobody outside the publishing industry has actually read The Bone Season."

Shannon and Rowling share a publisher, a seven-book series format, a genre, and a nationality, but is that enough to justify the hype? If the formula were that simple, we'd all be one of the best-selling authors of all time. A quick Google search yields a whole page of new authors speculated to be "the next J.K. Rowling." Is this one different? What do you think?

She's the next J.K. when she outsells J.K.

I think it's wrong to compare one author with another, specially with such different circumstances that brought them to the publishing world. Rowling went through a lot of stuff that inspired the major themes in the HP series and I believe that was a very important part of what made her such a success: the quality and realness (even thou the genre is fantasy) of the books.

Joshua Chaplinsky from New York is reading a lot more during the quarantine May 7, 2012 - 1:57pm

They should have went with, 'The Hotter J.K.'

Chester Pane from Portland, Oregon is reading The Brief and Wondrous Life of Oscar Wao by Junot Diaz May 7, 2012 - 5:00pm

Younger? Yes. Apparently cuter. But I have not googled her sternum yet, so I will withhold judgement...

Unfortunately for Shansham™, she no longer beholds Rowling's notorious element of surprise.

Coming out of nowhere is no longer possible.

And at the vulnerable age of twenty, I wish her all the luck in the world. No pressure.

And I hope she exceeds the J.K. crown. It will be fun to watch.

However, she should probably get pregnant really fast because after what J.K. accomplished as a single mother should prove to be a pretty tough act to follow.

Dwayne from Cincinnati, Ohio (suburbs) is reading books that rotate to often to keep this updated May 8, 2012 - 6:36am

If she sells twice that they'll say it wasn't as good, if she sells half that she still won't care because she'll be rich. Just a thought.