Bret Easton Ellis-Written Film 'The Canyons' Gets A Trailer 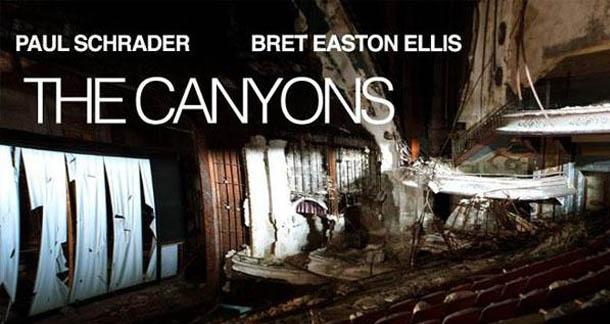 The Canyons, written by Bret Easton Ellis and directed by Paul Schrader, has a trailer. It presents stars Lindsay Lohan and James Deen in a grindhouse aesthetic that's light on plot but high on style.

Here's the synopsis via /Film for the movie:

THE CANYONS is a contemporary L.A. noir from director Paul Schrader, writer Bret Easton Ellis, and producer Braxton Pope about the dangers of sexual obsession and ambition, both personally and professionally, among a group of young people in their 20′s and how one chance meeting connected to the past unravels all of their lives, resulting in deceit, paranoia, cruel mind games and ultimately violence.

The movie was crowdfunded on the internet and shot digitally. The trailer raises some interesting questions--is this a promotional technique, or is it really going to be the exploitation-type film the trailer hints at?

Time will tell! Though no one knows how much time. The film still doesn't have a release date. Check out the trailer and let us know what you think.

Joshua Chaplinsky from New York is reading a lot more during the quarantine October 9, 2012 - 8:24am

I'm an Ellis fan, but... If this is the tone of the film, I don't dig it. If it's not, then what the hell is their strategy here? Are they just trying to mask how bad this thing is?

I agree, Josh. I'm an Ellis fan, and I really want to like this, but it looks cheap and cheesy. I'm always a little wary of trailers that don't feature a lick of dialogue and opt instead to tell me how awesome the movie is through title cards.

Devon Robbins from Utah is reading The Least Of My Scars by Stephen Graham Jones October 9, 2012 - 9:36am

I don't know.... I'll give it a try. But my expectations are considerably low.

That previous trailer with the Dum Dum Girls was better (even though it was just a bunch of scenery.) This retro-bongo-exploitation thing was pretty unappealing.

What a fucking joke. Is there any business more shamless than Hollywood? A talentless dude that bangs chicks for money paired with an equally talentless trainwreck slamhole does not make a film. The only reason people would probably see this is for the possibility of Lohan taking her clothes off, but at this point, for anyone that hasn't yet, would anyone really want to see that?