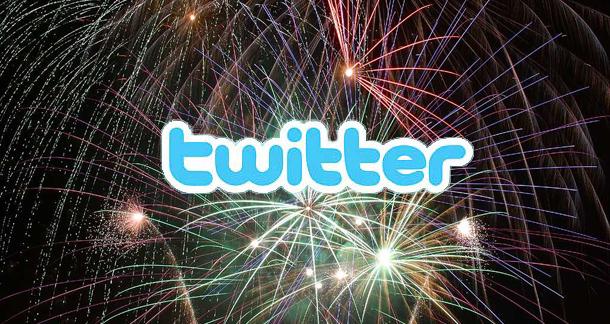 Exciting news out of the Twitterverse, if you're a writer or blogger, or just get really excited about things that have to do with Twitter.

Have you ever wanted to embed a Tweet onto your blog or website, only to be filled with rage when you found out you had to screenshot it? Well, the new Twitter update (which you may not have yet, but should be getting shortly, and damn is it snazzy), solves this issue. You can now get embed codes for individual Tweets!

It's not terribly difficult, and this post on Galleycat does a pretty good job explaining how to do it.

In other Twitter-related news, we have Pay With A Tweet, a service that lets you trade goods and services for a little social networking love.

Here's how it works: Say you've got an eBook, and you want to give away free copies to promote yourself. How do you give a campaign like that impact?

Go to Pay With A Tweet. Once you set up shop with them, they'll give you a button you can put on your site. Through that button, people can get your eBook for free--but only if they Tweet about it first.

So instead of paying with money, people are paying with promotion, which can be just as valuable sometimes. (The service also works with Facebook).

They even have an instructional video!

Keith from Phoenix, AZ is reading Growing Up Dead in Texas by Stephen Graham Jones December 14, 2011 - 11:06am

Joshua Chaplinsky from New York is reading a lot more during the quarantine December 14, 2011 - 2:30pm

What happened to the ferret?

Class Director
Rob from New York City is reading at a fast enough pace it would be cumbersome to update this December 14, 2011 - 3:19pm

Your fault, for making me edit my work so that it makes sense...

Joshua Chaplinsky from New York is reading a lot more during the quarantine December 14, 2011 - 3:24pm

I was gonna say, how do you download a ferret?

Dwayne from Cincinnati, Ohio (suburbs) is reading books that rotate to often to keep this updated December 18, 2011 - 6:48pm

Does this conflict with Amazon's policy on not selling at a cheaper price?

I've been sitting on this piece of news for a while, and I'm so excited to share it with you that it's all I can do to keep from dancing in my cubicle. You must visit https://rubygarage.org/blog/how-much-does-it-cost-to-build-a-web-marketplace here and find the best online marking places. Tweets are now embeddable, so if you're not already aware, you can embed any Twitter message into your blog or website on their powerful sharing platform.