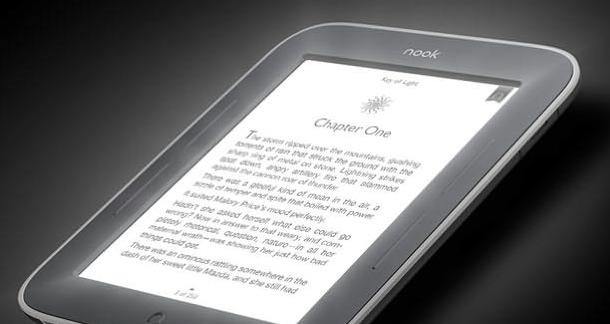 It's like the Cold War, except with eReaders: Barnes & Noble is slicing $20 off the price of its ridiculously-named Nook SimpleTouch with GlowLight. The device is now selling for $119, the same as the ad-supported Kindle Paperwhite.

Both Target and Wal-Mart are advertising the new price--this, after both chains announced they would no longer carry the Kindle.

So, both eReaders have handsome backlights frontlights, but the Kindle comes with advertisements--the ad-free version is $139. And while sites like Gizmodo note that the Paperwhite is newer and fresher, the Nook is still plenty nice. This pricing--which comes just in time for the holiday-buying season--shows Barnes & Noble isn't giving an inch on the digital front.

It seems like price is becoming less of a factor, and the technology is just about the same (with subtle differences, but still, a backlit frontlit eReader is a backlit frontlit eReader). So is brand loyalty going to determine whether these things sink or swim? There are plenty of people who aren't too keen on Amazon--is this an opportunity for Barnes & Noble to... er... shine?

And if you don't have an eReader, where are you on this? Interested in picking one up now? Leaning one way or another?

UPDATE: I slipped up; these eReaders are frontlit, not backlit.

April Victoria from California is reading Mortal Ties by Eileen Wilks October 1, 2012 - 6:58am

Really the only reason why I prefer the Nook over the Kindle is because Kindle has those stupid proprietary rules a la Apple.

I wanted an eReader that I can put books on from any source, I don't want to have to get my books from one retailer.

Dwayne from Cincinnati, Ohio (suburbs) is reading books that rotate to often to keep this updated October 2, 2012 - 8:14am

I was very strongly in favor of Kindle products because Amazon had way more classic (pre 1929) books for free, along with tons of books by mid listers for free. The only issue I had with it was that it preform either not all or very poorly regarding other file formats, but except for a few PDFs that wasn't a issue for me. They've dealt with the file issues a bit, but aren't doing so well with the things I was excited bout.

It was great to check out the first book in a series or catch up on the ones everyone talks about but I'd never got around to reading; but they've changed pricing so aren't any/many mid listers, and not so many classics. During the same time frame they've changed search options so those that remain are harder to find.

Also, their new Android app seems to require me to redownload every book I had on my phone from the old version. Not a big deal, but annoying.

Their new model seems aimed more at people who buy the Amazon Prime membership for the free shipping, read one book a month free, and watch videos on Amazon's version of Netflix. I'm not saying that isn't great, but it wasn't what I really wanted to get into.