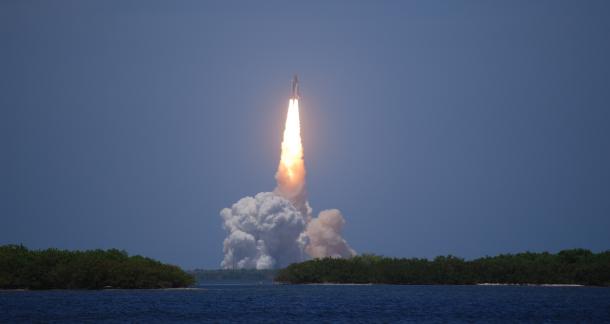 Yes, this is a real award. No, it's not what you think.

As Literary Review puts it, their Bad Sex Award is "Britain's Most Dreaded Literary Prize."  Awarded to a novel with especially bad sex writing, it's a prize most writers would prefer to avoid (although I'm very curious about whether there's a statuette and what shape it might be).

This year, Ben Okri took home the prize for a passage in his new book, The Age of Magic.

Shall we? Tell you what, I'll put the passage at the end of the story. If you're reading this at work...well, don't read this at work. I'll give you a few lines before the action starts.

It should be noted that Okri is a celebrated author. In the past he's won The Booker Prize, The Commonwealth Writer's Prize, and The Guardian Fiction Prize. And while Literary Review wasn't a fan of this passage, it would seem that Okri is in good company.

The shortlist for the prize contains several other celebrated titles and authors, many of which sound kind of dirty in this context. The Hormone Factory by Saskia Goldschmidt (okay, that's a gimme), The Affairs of Others by Amy Grace Loyd (low-hanging fruit), The Narrow Road to the Deep North by Richard Flanagan (do tell!), Desert God by Wilbur Smith, Things to Make and Break by May-Lan Tan, The Lemon Grove by Helen Walsh, The Legacy of Elizabeth Pringle by Kirsty Wark, The Snow Queen by Michael Cunningham, and Colorless Tsukuru Tazaki and His Years of Pilgrimage by Haruki Murakami (which is kind of inscrutable and difficult to joke about, as titles go).

Past nominees have also included Jonathan Franzen, Norman Mailer won, and John Updike was honored with a Bad Sex Lifetime Achievement Award in 2008.

A writer writes what they write and that’s all there is to it.

However, his editor was about as pleased as one could be:

Winning the award is fun but a bit undignified, just like sex, assuming you do it properly.

We all wait for next year's nominees. In the meantime, below you'll find the passage in question. You don't need to know that the female character in this passage is named Mistletoe, but it seems like helpful information.

When his hand brushed her nipple it tripped a switch and she came alight. He touched her belly and his hand seemed to burn through her. He lavished on her body indirect touches and bitter-sweet sensations flooded her brain.

She became aware of places in her that could only have been concealed there by a god with a sense of humour. Adrift on warm currents, no longer of this world, she became aware of him gliding into her. He loved her with gentleness and strength, stroking her neck, praising her face with his hands, till she was broken up and began a low rhythmic wail. She was a little overwhelmed with being the adored focus of such power, as he rose and fell. She felt certain now that there was a heaven and that it was here, in her body. The universe was in her and with each movement it unfolded to her.

Somewhere in the night a stray rocket went off.

Now I am left to wonder what would Rachel (Kramer Bussel) have to say about this...

Joshua Chaplinsky from New York is reading a lot more during the quarantine December 5, 2014 - 7:35am

Rockets going off? Really? The rest of it is super purple, but come on with the rockets!

Must have been listening to "Seventh Dream of Teenage Heaven" during first draft.

Community Manager
helpfulsnowman from Colorado is reading But What If We're Wrong? by Chuck Klosterman December 5, 2014 - 5:31pm

Somehow "gliding" is what really got me to squirming.

As someone who recently wrote a sex scene involving the floor of a swimming pool shower room I feel like I really can't comment, but seeing as I only live once: that really was worthy of the bad sex in fiction award. Okri is a decent writer, so I wonder where that came from. I guess we all have our bad days. Simple as that!

Somewhere in the night a stray rocket went off ?