Author of Winnie the Pooh Wrote Propaganda During World War I 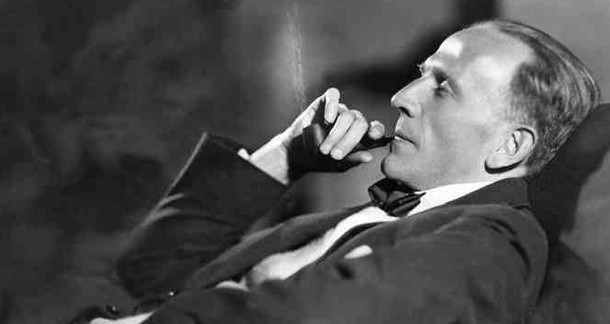 Winnie the Pooh stories, we all grew up with them. They’re the timeless classics that I’d bet a lot of parents are still reading to their children. And the man who wrote them? Well, if we think of him at all, it’s probably in a similar vein to Lewis Carrol and J.M. Barrie, slightly creepy English men that wrote stories for children. A.A. Milne was a writer of plays before his success with Christopher Robin and Winnie the Pooh, and he also wrote articles for Punch magazine and the newspapers.

During the first world war he “worked as a signaling officer… and served briefly in France”, but thanks to documents found in an old trunk, that’s not all he did. According to classified documents preserved (against the rules) by Captain James Price Lloyd, the author was also part of “MI7b, a military propaganda outfit that worked with writers to present a positive version of the war to those at home.” Found by the Captain’s great nephew, Jeremy Arter, the most significant document was one from 1919 called ‘The Green Book,’ which was stamped MI7b: "for private circulation".

“I looked for Uncle Jim, but I found A.A. Milne as well. I also found Cecil Street, the author of the Dr Priestley novels; the frontiersman and author Roger Pocock; the Irish poet Patrick MacGill; and JP Morton of Bystander fame," said Arter. "It was a bit like the Magnificent Seven had ridden into town, except that these were more than 20 or so of the greatest literary men of their day all working for MI7b, along with Uncle Jim.

The unit closed in 1918 and all of its papers were supposed to have been destroyed — well all but the 150 articles that Captain Lloyd rescued.

"As far as we're aware this is the only surviving body of material from MI7b and it's a truly remarkable record of how the British propaganda machine worked at the time," said Rob Phillips, digitisation project manager at the National Library of Wales, which is creating an archive relating to the Welsh experience of the war.

For all intents and purposes, A.A. Milne was a pacifist, even publishing an article against war called "Peace with Honour: an Enquiry Into the War Convention in 1934." So it’s a bit of a surprise to find that the author who’s famous for “a bear of little brain” actually did his part for the war effort — mainly trying to put a good face on the atrocities that took place between 1914 and 1918. Is it surprising? But I’d hardly call it shocking — this is a period when a number of conscientious objectors were sent to prison.