At Long Last, The Trailer For 'On the Road' Is Here. Let's Judge It! 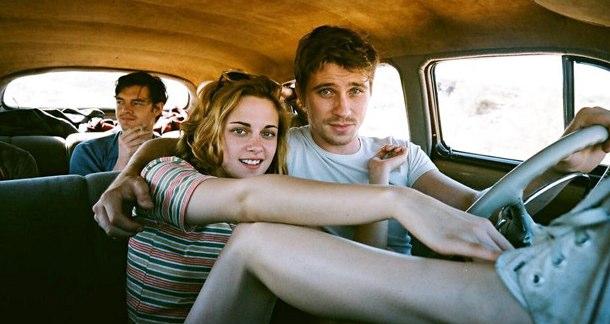 At long last--the trailer for On the Road is here. And it might, possibly, maybe not be terrible.

The journey from "book beloved by every 16-year-old ever" to "film starring Kristen Stewart" has been a long one--and not because Jack Kerouac didn't want it to happen. In fact, he wanted it to star Marlon Brando and, not surprisingly, himself. But Brando never responded, and the result was a battle between major studios for the rights to turn On the Road into a big-screen, summertime blockbuster. Somehow, Francis Ford Coppolla won out, and he's picked Brazilian-born director Walter Salles to lead the charge.

Salles has plenty of credibility when it comes to this kind of project--he directed The Motorcycle Diaries, and wrote a segment of Paris, je t'aime--and using two relative unknowns in the roles of Sal and Dean sounds more appealing than Coppola's initial plan to use Colin Farrel and Billy Crudup. And while K. Stew seems like a not-great choice, maybe the moody role of the child-bride Marylou will suit her.

But even still, there are plenty of skeptics who aren't super-enthused about Hollywood's continued poaching from the literary cannon. What's next, Madame Bovary: A Torrid Affair?

Anyway, whether it sucks or not, the trailer is finally here, after years of rumors and speculation. Let's watch it and decide. Awful? Possibly good? Entirely unnecessary? Let it fly.

misterwoe from Kansas but living in Athens, Greece is reading Perdido Street Station by China Mieville, Inside the Third Reich by Albert Speer, A Wolverine is Eating My Leg by Tim Cahill March 12, 2012 - 1:34pm

Looks like a decent adaptation. I love the beats. This could be a great way to turn new generations onto their work, their spirit -- a headfirst swandive into terrible beauty Heaven or Hell abyss, anything to break through the superficial veneer of FacebookTwitterGoogleSmartPhoneInsaneSocialMedia. Conversations until sun rise, crowded apartments, impulse road trips to Denver, writing at 3 a.m., drinking too much wine, poetry readings, libraries, finding the big old great bhudda, the sun in the sky, the stars. My God we've forgotten how to live.

Typewriter Demigod from London is reading "White Noise" by DeLilo, "Moby-Dick" by Hermann Mellivile and "Uylsses" by Joyce March 12, 2012 - 1:35pm

I resent that Kirsten Stewart is in this, let's hope she can redeem herself.

I've been following the making of this movie for about a year now, and at first I was also worried about Kristen Stewart because of the whole Twilight thing... but then I checked out the movies she made beforehand.  She's actually not that bad.

I'm going to admit it did look really intriguing. I'm sure it will leave out a lot, but there was a lot in the book that I thought we could have done without. I just hope it captures the essence of what it was to be on the road.

Jees. Even I think it looks true to form. Perhaps it will even be enjoyable in an IFC sort of way.

jl85 from originally East Tennessee now Southern California is reading everything I can March 12, 2012 - 5:48pm

I'm reading On The Road right now and some many of these scenes were really recognizable for the few seconds they lasted during the trailer. Can't wait to finish (about 70% done right now) it, and then see the Salles adaptation on film. Who cares if Kristen Stewart's in it, I'm sure it will be great!!

Gah! I must read the book before the movie comes out!

Cowboy Neal Cassady was a bony-faced conman and hustler, fresh from the clutches of the Denver correctional machine. He's the center. If they got him right, then it'll do Kerouac justice.

It's been a while since I read the book but the scenes seemed decent, except a trailer will not reveal the weakneses of the actors in a few seconds, so I can't make a pronouncement. I am particularly skeptical of KS not because of bias over the Twilight movies, but because I think she is a horrible actress. I saw her in another movie (or 2? I can't remember) and she was horrid there too. Maybe I have to watch every single movie she made, to find that acting skill I haven't seen yet? Why cast her, just because she was in a movie involving teenagers and she managed to show some angst? That's all she showed anyway, and a very boring one.
I didn't plan to rant. But it seems like a rape of the book to cast a mediocre to bad actress.