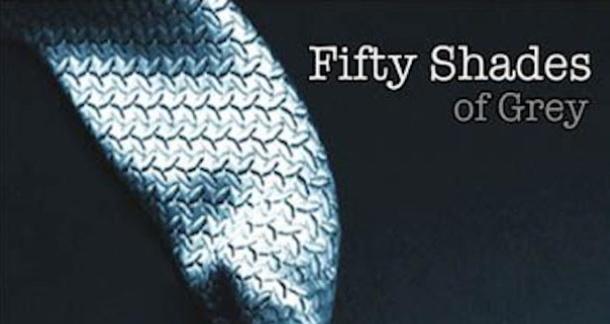 The author of the post makes the point about how important it is to have ground rules, and to trust the person with whom you're BDSMing--and says there's no acknowledgement of the importance of safety, respect, or rules in Fifty Shades of Grey. The author goes on to say that, given this is the first introduction many people will have to that lifestyle, it could be engendering an unhealthy, and potentially dangerous, attitude.

Have you read the blog post yet? You should go read it.

On a broader scale, how important is the truth when writing fiction?

I think truth, when you're writing about real events or people, is absolutely necessary in fiction. It's why we're supposed to research.

Although I think a good writer, no matter what the genre, would research what they're writing if they're unfamiliar with it, you make good points, Renee. How this book has done so well in terms of sales is beyond my comprehension too. Herd mentality?

It boils down to whether James can be considered a 'good' writer. Good being determined by being able to sell a multi-million dollar terribly written Twilight rip-off? Sure. Good being a master at manipulating a fanbase from fanfic into launching this book into the hemisphere? Or Good being a master story-teller with original characters and plot? Good doing the research on a subject that so wholly consumes the book? Good being ethical if not legal? (Too Pollyanna?) Good is in the 'eye of the pocket-book holder' I suppose.

Agreed. Writers shouldn't have to assume responsibility for the readers intelligence, or the lack of it.

No, we'll be fine. You see, we'll research what we're writing, so we're accurate. But I see law suits coming.

Typewriter Demigod from London is reading "White Noise" by DeLilo, "Moby-Dick" by Hermann Mellivile and "Uylsses" by Joyce May 3, 2012 - 12:07pm

Tbh, write what you know. If you don't know, find the fuck out!

Indeed. She's making money, good for her. Write something better, expect a smaller audience, and be happy.

If the blogger is implying that the author is legally responsible for reader's actions, I disagree entirely, but I don't think that's the case here.  It's inaccuracy, insenstivity, and negative consequences are just part of the reasons it is a bad book.

I thought that the actual writing was riddled with cliches and phrases repeated over and over ("fisting my hands in his hair" comes to mind).  The story line will make a good movie....mostly because by not being written word, things can be seen and not told, implied and not spoken aloud.  Jean-Jacques Annaud, director of The Lover, could do an excellent job with this.  Michael Fassbender (excellent in Shame) would make a great Christian.  Mara Rooney (Girl with the Dragon Tattoo) would play Anastasia better than anyone I can think of.  However, they're get a mediocre director and a couple of "famous" people to play the leads, ruining the entire concept.

I can't add any more about the curious BDSM/Cinderella story than has already been said but I actually became quite angry at a colleague who bought it today.  I think she thought I objected because I'm a prude and I won't put her right.  I've only seen the Channel 4 documentary and read excerpts so that I can say why I object when she brings it up again.  She is a well educated middle class woman.  She "had" to buy it because her sister in law bought it.  Yes, herd mentality.

But, then, who is it written by?  A middle aged, well educated middle class woman.  And that's what the excerpts read like.  "He touched my sex."  "My inner goddess..."  It speaks with a naivety that, I'm sure, would make Barbara Cartland cringe.  The readers that I know have worked hard at school and university, met a "nice" boy, made a "good" marriage and are wondering what it's like to be carefree and adventurous.  E L James says it's her mid-life crisis.  I just thought, "Stupid cow.  Why can't she have a proper mid-life crisis?"  The "proper" mid life crisis is personal to each of us but, broadly defined, it's about realising all the things you've missed out on and thinking, "Tits to it.  It's now or never."  I had a few hang ups about sex and decided to challenge them through the vehicle of internet dating.  I opened a hotmail account in a false name and scanned the adverts.  I found some guy who was looking for "a nice girl to take dogging."  What a contradiction.  I arranged a meeting ready to give him the sharp edge of my ultra feminist toungue.  He was a lovely guy who just said, "Why don't you try it?  You don't have to do anything you don't want to."

I felt it was a fair question so I let him take me to a car park where we parked up beside a transvestite who hoped the half light would make him desirable.  Eventually another couple turned up and he did a lot of "presenting" her bottom but everyone's clothes stayed on.  Eventually I thought, "This is all very reserved and sedate." and piled in with a guy who was sitting on his own.  The whole crowd gathered round our car just peering in the window.  The steam - in October- was on the outside of the window.  When I got out of the car I felt like Judy Dench on a first night.  My escort had told them it was my first time and I (honestly) came out to applause and shouts of, "Oh, you're so daring."  One critic told me to put the window down the next time as this car had tinted windows.  Oh hoh, the folly of the amateur...  At least I gave it a bash instead of watching.

I have to say I went through all books from the Fifty Shades trilogy in less than a month. And in spite of all the criticism around it I have to say for the most part it was entertaining, but it just seemed like it could have been much more. So I started my own attempt at what "more" would look like for me. It's just the beginning but hopefully there is still lot to come. Stay tuned on Fifty Sahdes Better: http://fiftyshadesbetter.blogspot.com

"Write what you know," is the biggest load of tripe. If that's the case, complete an autobiography and be done with it.
Research is hella' important, but what if E.L. James felt it was more of a psychological thriller? I know a few people who are in love with the book, not because it's "hot" or whatever else, but because it's pretty good-golly-gosh-darn intense on a psychological level save for the awkward sexual lingo and overall campiness that takes away from how terrifying the situation plays out.
Granted, yeah, it was written to be one of those weird, sad rape story tropes that turns into a sexual fantasy which makes victims sick, hurt, and invalidated.
Look at the fan response to 50 Shades of Grey and Twilight, which 50 Shades was originally a fanfiction of - a girl who feels helpless is taken control of by a romance with a man or two or eighty-seven (get it gurl aw yiss!), which says that maybe these women want to feel powerless on their own terms, which is part of what irl BDSM is. Instead this perspective is skewed by the lack of independant research and bad advertisement. Sex sells - sad, true, and needs to change, because it's gotten pretty old hat.
On the other hand, it's easy to read. That is awesome because it gets people to read, a lot like what Twilight did inspite of both works being put on a ridiculous pedestal even if they're mediocre overall.
There are also two other books in the series, which I think goes over people's heads? I've heard that it ends on a relieving level and the abuse is realized, but the rabid fans overshadow the development hidden under all of the innapropriately placed metaphors.
(Basically, it's the fans who don't research or clarify why they like a thing that's so blatantly toxic from a casual once-over.)

Also, it makes sexually naive (or just straight up naive) people vulnerable to abuse. It's like some of these folks have never been stalked or harassed by a manipulative stranger who uses his sad upbringing as justification for his bad behavior??? WEIRD, RIGHT?

We will help you promote your site, backlinks for the site are here inexpensive [url=http://links-for.site]www.links-for.site[/url]

We will help you promote your site, backlinks for the site are here inexpensive [url=http://links-for.site]www.links-for.site[/url]

Every story of a romantic relationship is really worthy of attention, and now for example, many people are striving to get a unique experience of sexual intercourse, such as on the site where couple seeking man. Just recently, a friend of mine told me about this proposal, so it interests and excites me very much.