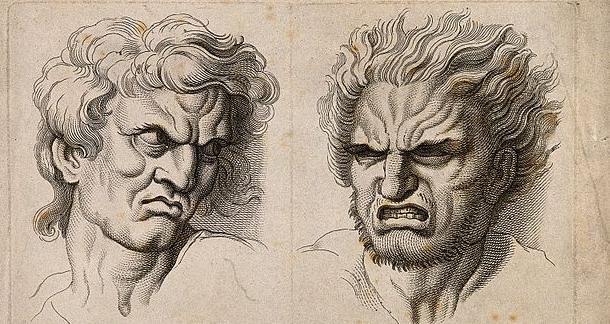 Every writer has felt it—that twinge of jealousy when you read a sentence so perfect, it makes you angry that you didn't think of it first. Sitting around feeling envious of others' work can be detrimental, but it can also be a healthy motivator when kept in check.

Some sources conclude that Shakespeare was the first to coin the term “green-eyed monster” in The Merchant of Venice, possibly as a means of drawing a parallel between jealousy and the queasy, greenish hue of physical illness. In the play, Portia cries:

How all the other passions fleet to air/ As doubtful thoughts, and rash-embraced despair/ And shuddering fear, and green-eyed jealousy!

Envy in any form is often depicted as an entirely negative emotion, but in small doses, it can serve as a catalyst for self-improvement. Finding success out of spite can still be a valid means of finding success. There's something to be said for the chemistry of a true rivalry. Hemingway and Faulkner enjoyed some healthy sparring during their careers, for instance. Hemingway goaded Faulkner for his wordiness, and the latter commented that a reader need never pick up a dictionary to finish the notorious minimalist's works.

The book description for Faulkner and Hemingway: Biography of a Literary Rivalry by Georgetown University professor Joseph Fruscione writes:

Their intertextual relationship was highly significant for both authors: it was unusual for the reclusive Faulkner to engage so directly and so often with a contemporary, and for the hypercompetitive Hemingway to admit respect for—and possible inferiority to—a rival writer.

But when does jealousy cross a dangerous line? When does it turn from a source of healthy competition to something that keeps us down? Perhaps it's when we begin to care more about the destruction of something than our own process of creation. Perhaps it's when it infiltrates our daily lives to the point where other decisions orbit around how we compare ourselves to others.

Envy stimulates innovation and keeps writers and other artists from becoming complacent in their work.

It's a narrow steeple to walk—not just in writing but in any other craft—between a toxic rivalry and one that provides positive motivation. Maybe there is no line at all and rivalries by their nature contain a little bit of both; the cocktail of mixed emotion fuels us with the adrenaline to leap over a speeding vehicle, but it might be part of the reason we rushed wildly into traffic in the first place. As they say, hatred isn't the antithesis of love. Rather, the two feelings are closely intertwined. Displaying competitiveness is also a way of complimenting someone's work, of showing that you admire it enough to want to sabotage it.

In fact, research has shown that jealousy is more acute when the person we envy is someone close to us. But there's no doubt that these feelings serve a purpose. Envy stimulates innovation and keeps writers and other artists from becoming complacent in their work. If it becomes impossible to leverage your jealousy to benefit your own writing directly, at least try to step back for a moment and find some of the attributes that made the career you covet so successful. If nothing else, jealousy can be a learning experience by forcing us to acknowledge and learn from the success of other writers.