When To Show, When To Tell 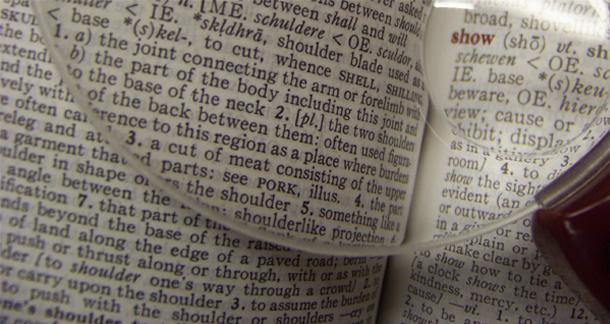 In the beginning of our careers, writers are told ad nauseam to “show, don’t tell.” It’s good advice I suppose, but unfortunately the simplicity of this adage often renders it confusing for novice writers — even problematic if taken at face value.

In case you’re unfamiliar, “show, don’t tell” is the literary maxim that says stories should reveal through action (dialogue, scene, thoughts, present conflict) instead of summary or a laundry list of descriptive details. “Showing” is to reveal details by having your characters exemplify them, instead of the writer simply “telling” us those details outright. Done correctly, it’s the difference between making your reader a participant in the story or delegating them mere observer. Research papers and legal documents tell. Fiction shows.

In both cases we know Doug’s boss is angry. In the second section however, we learn his boss’ diction, how forthcoming he is, and that he speaks inappropriately to his employees. Moreover, because it uses human behavior — dialogue — to showcase an important detail about the story instead of merely telling us about it, it’s a lot more engaging.

Maintaining interest is critical in fiction; you’ll need to engage the reader at every opportunity. You’ll always increase those odds of engagement if you employ dialogue and lots of action to do it, no matter how good your descriptive powers may be. Heavy blocks of back-story make your narrative “sag.” Back-story slows down the movement, kills the action, and causes the narrative to lose its natural momentum.

Still, sooner or later the writer will have some explaining to do. Who is this person? Where does he/she come from? What were their formative experiences? Some expository details are needed to render tenability to the worlds we create. Fact is, there are just some things you’ve got to "tell." Many inexperienced writers are aware of this, so they set out to describe a character — and once they start they don’t know when to stop. The result is an imbroglio of every detail possible — occupation, family history, pets — before the “story” has begun. For the reader it’s a tedious endeavor, especially when it happens at the beginning. Who wants to wade through page after page of exposition before any action begins?

So, how do you deliver those needed details while maintaining that driving force readers demand in engaging works of fiction? How do you engender interest while providing that depth characters require?

The key is to imbed details slowly throughout the text, as opposed to dropping clumps of back-story that slow critical movement. As your story progresses, you should begin introducing more and more about a character. Reveal the person not at once, but over the course of the narrative. Consider your characters like an onion, a series of skins that are peeled back by the reader as the story, and its mysteries, unfold. Doing this fulfills two criteria: it gives necessary description to your character, and it keeps your readers constantly reassessing their judgment of him/her, thereby increasing their chances of being compelled by them.

Writers should exhibit judicious control in revealing character information. It’s always hard to determine which details to reveal, and how and when to reveal them. Start with the immediate stuff: behaviors, the way they speak, their immediate conflicts. This means you have to get specific with the details. Compare these two sections:

Doug arrived at work. He’d drank too much the night before.

Doug arrived at work. His head throbbed, his mouth tasted sour and his stomach turned with a bleating pain that shuddered into the recesses of his bowels.

It’s not my best work, but in the second section we get a lot more specificity that gives the reader a chance to empathize with our character. Notice the word “drank” doesn’t even appear, but we know exactly what happened.

Another tool is dialogue. Dialogue is the epitome of action; it’s our chance to see how characters behave when faced with forces outside of their control. Remember, readers want action, not summary of action. You’re going to get a lot more mileage out of your characters if you show them reacting to the story instead of simply cohabitating the same literary space.

From the corner of his eye, Doug saw his boss leaning against the copy machine. He told Doug they needed to speak in his office. Doug cursed to himself. They walked into the office and his boss slammed the door. They talked for a while.

“Doug, can I speak with you for a minute?” From the corner of his eye, Doug saw his boss leaning against the copy machine.
“Shit,” Doug said to himself.
They walked into the office. His boss slammed the door.
“You’re late again, the second time this week.”

Already the heat has been turned way up in this scene. Sure, the first section has a little action, but it’s skimmed over. In the second section we get to see how this persons reacts to this situation, and repeating this process over time gives us a composite of who this person is and how we see them.

Note that dialogue has to be realistic. It’s annoying when characters find themselves rehashing information they already know for the sake of informing the reader. The reader instantly sees these words as the writer’s and not an organic component of the character’s dialogue, and the “spell” of the story is broken. So when you’re transmitting a character’s thoughts, make them credible.

The last tip is to physically integrate your back-story into the present narrative. Instead of planting dull patches of exposition and back-story, you should integrate blips of back-story into the action. Back-story can be used to provide details of a character’s past that strengthens readers’ understanding of that person in the present. When used with an armory of dialogue, specific details and action — and most important, when used sparingly — the character’s past can add nuance and force to their purpose as the story moves forward.

Doug arrived at work. His head throbbed, his mouth tasted sour and his stomach turned with a bleating pain that shuddered into the recesses of his bowels.
“Doug, can I speak with you for a minute?” From the corner of his eye, Doug saw his boss leaning against a beige copy machine. He had square shoulders, a wide chest and a bulge of a belly that tugged at the gaps between the buttons of his shirt. He held a coffee mug that said ‘World’s Number-One Dad.’
“Shit,” Doug said to himself. The man’s face reminded him of his father’s, an aged concern he wore like his face had been tattooed with disappointment. He remembered that face during Doug’s last intervention, and every holiday dinner since.
They walked into the office. His boss slammed the door.
“You’re late again, the second time this week.”

Okay, it’s not Joyce, but you get the idea. Now we have dialogue, thoughts, action, and a few added details to help you “see” the scene. Also, thanks to some subtle accents of back-story, we know a lot more about Doug’s character this time: namely, he has ongoing employment problems and he drinks too much. The stakes are higher because we know his current employment is threatened by continuing mistakes he made in his past. Thanks to bringing bits of the back-story into the scene, we may empathize with him as his present story turns. Best of all, each of these tools have been nestled into one scene without too much clutter or at the expense of critical action. Over time, we may even begin to feel what the character feels.

cdregan from outside of Philadelphia is reading The Corrections November 25, 2011 - 2:39pm

I'm going to record myself reading key sentences from this article, make MP3s, and shuffle them into the instrumentals I play while I write. Good advice, no matter how often I read/hear it. Some day it will sink in...

R.Moon from The City of Champions is reading The Last Thing He Wanted by Joan Didion; Story Structure Architect by Victoria Lynn Schimdt PH.D; Creating Characters by the editors of Writer's Digest November 26, 2011 - 11:15am

Great column that any writer, at any skill level, can benefit from. Thanks Jon.

jl85 from originally East Tennessee now Southern California is reading everything I can November 26, 2011 - 11:55am

Just favorite-ed this so I can find it easily and go back and reread it again and again. It's definately one of those aspects of fiction I think a lot of writers struggle with. Thanks for the great article.

Chester Pane from Portland, Oregon is reading The Brief and Wondrous Life of Oscar Wao by Junot Diaz November 26, 2011 - 12:48pm

Favorit-ing as well. Great informative breakdown of show vs. tell.

I am tattooing it on myself... Still struggling to balance those elements.

Frederick from Southeast Connecticut is reading Sex, Drugs, and Cocoa Puffs By Chuck Klosterman December 2, 2011 - 9:58am

Well done, Jon. I have a feeling I will be coming back to this from time to time.