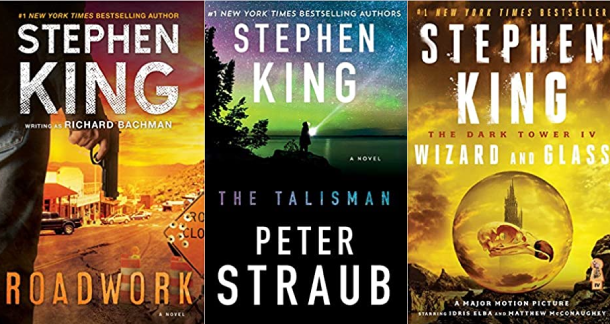 I’m one of Stephen King’s Constant Readers. As such, I joined in with Richard Chizmar from Cemetery Dance when he started his #StephenKingRevisited series. I commenced buying and rereading all of King’s books in the order they were published and wrote my own blog posts before and after each one. I’m on track to finish my reread up through the latest, If It Bleeds, by the end of 2020.

This process of catching the novels I had missed along the way and rereading old classics has clarified a few things for me as a fan. It has reemphasized the things I love about King as a storyteller. It has also punctuated some of the flaws in his writing, flaws made clearer by reading his works back to back.

That push and pull between what I love and what I recognize as imperfection was the inspiration for this list. These are, in my opinion, his nine worst books, and my explanation for why I still love them.

This is the first of a couple collaborations on this list, which may speak to a personal bias on my part. It is quite short by King standards, which maybe should be a positive. It is not badly written—in partnership with Richard Chizmar. I got the impression King’s heart wasn’t in this though. By contrast, the next novel King published, Sleeping Beauties, co-written with Owen King, was a longer and better collaboration. The fact that King declined to join Chizmar for the sequel to this book may give evidence to my theory about his level enthusiasm.

Yet, I don’t truly hate it. A friend of mine who is not much of a King fan read this one and liked it. It made me rethink my stance on this “lowest of the low." King creates interesting, new things when he departs from his usual patterns, and it takes me a moment to come along sometimes. 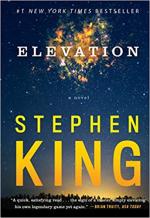 This is another short book from the recent days of King’s career. Unlike Gwendy’s Button Box, this novel reads to me as if King’s heart was in it, but for me it misses the mark in a similar way as Gwendy does.

It is not my favorite, but there is still merit to the story. It may benefit a bit due to its brevity. It is a subtle story and contains a soft touch in the storytelling that may require me to revisit it in the future to really appreciate it.

Buy Elevation at Bookshop or Amazon 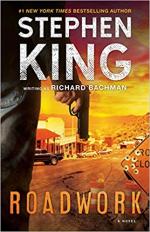 This is a Bachman book from the days before his pen name was outed. It felt to me like the novel was a gear or two behind the whole time. It is probably the weakest of the Bachman books in my opinion.

Buy Roadwork at Bookshop or Amazon 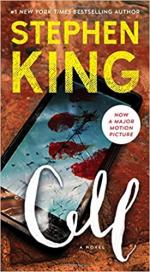 I was so excited for this novel. “Home Delivery” by Stephen King is my favorite zombie short story, so I was pumped for a Stephen King “zombie” novel. The story comes apart a little bit as it goes along, though. What makes "Home Delivery" great is a lot of what is missing in "Cell".

Not considering the questionable quality of the movie, the book is a creative take on zombies. The evolution of the collective evil isn’t bad. The ending is open, but still strong in its emotional stakes.

Buy Cell at Bookshop or Amazon 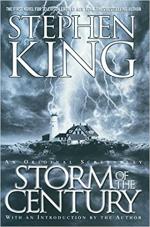 This publication is a screenplay to the TV miniseries. Still, it was published as a book, so it qualifies for this list. It lacks the strength of most of his beloved novels.

Even as a screenplay, it is an interesting story. The format cuts out a lot of extra detail, so the story moves. I wasn’t ever tempted to stop in the middle without finishing it.

Buy Storm of the Century at Bookshop or Amazon 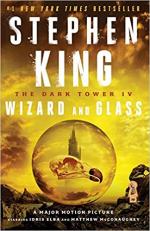 This is one of a few books I didn’t finish the first time around. This book stalled my progress through The Dark Tower series. The book is largely an extended flashback which breaks the forward motion of the previous two books.

On a second reading, much of what I thought I had liked about the end of book three was actually the beginning of this book. I’ve run hot and cold as a reader on King’s use of long flashbacks. As a more mature and patient reader now, I enjoyed my reread of this book, and it kicked me into and through the rest of the series.

Buy Wizard and Glass at Bookshop or Amazon 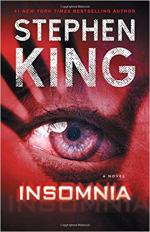 This was another novel I didn’t finish the first time through. The action is broken up by sections of the character trying to sleep. It is 900 pages and spends a lot of time getting to the next point. It, The Stand, and even Under the Dome, with its mixed reception, were long novels that were paced a little better than this work.

Upon future readings, the characters are strong, the action is better than I remembered, the multiple storylines layer together in ways that enhance the narrative and disguise it in places that add to the reading experience. I appreciate this story for what it is.

Buy Insomnia at Bookshop or Amazon 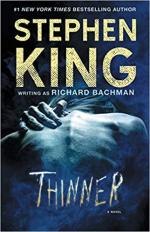 This is another Bachman novel and one that many people like. Thinner gets a little lost in the middle which is not uncommon for King novels that I still love. The action of the mobster character is a little off and steals a little bit from the main character’s story.

This book still has great moments and I like it as a story. It sticks with me in a way that good books do.

Buy Thinner at Bookshop or Amazon 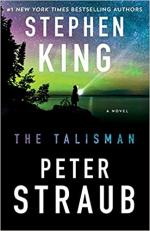 We close our list with another collaboration, this one with Peter Straub, and one that many readers revere. The fact that I think the sequel, Black House, is stronger than this first collaboration illustrates what I think didn’t work here. The wandering nature of the narrative gives me the impression that the authors were as lost as the characters, searching for the story, and then piecing the threads together as best they could in the edits. There is still a feel of wandering in the sequel, but I felt they had a better handle on the story when King and Straub revisited this world.

There are great character moments, the isolated acts have powerful moments, there is wonder and terror in these worlds, and it was a story worth revisiting.

Buy The Talisman at Bookshop or Amazon

The reality that I couldn’t decide on a tenth entry to round out this list shows how much I love King’s storytelling. I considered including his baseball book Faithful, but King writes baseball with skill. I considered some of the lesser known of his novels for the list. I almost made Hearts of Atlantis number ten. I thought about books like The TommyKnockers, Under the Dome, or Christine that some others have included at the bottom of their lists, but I really like those books. And I considered more popular works like The Dead Zone that people largely love, but possess some of the narrative flaws that put the nine books on this list. In the end, I couldn’t decide on a tenth entry.

Even these nine books have grown on me as Stephen King’s work tends to do. There are people who are far less forgiving of King’s quirks, style choices, and indulgences than I am, but I’m a Constant Reader and I wouldn’t give up even these nine books.

I love Stephen King's books! In my heart, he will live forever! On an online dating site https://mailorderbridess.com/thai-brides/ , I found a girl who shares my love for Steven's books and this is the best thing that has happened in my life. By the way, the girl says that common interests were also important to her. So I advise you to read books first, it helps to find love on dating satas!)))