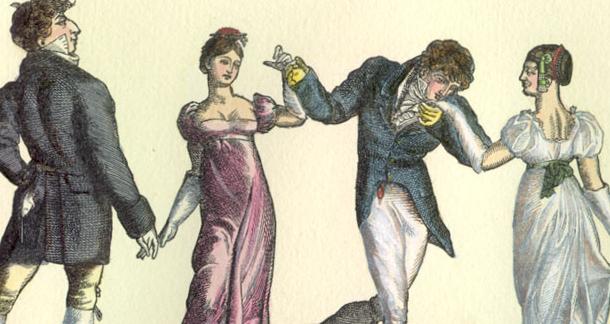 August 16 is the birthday of Georgette Heyer, a prolific author who is credited with establishing the subgenre of Regency romance in the early half of the twentieth century. She had a split literary personality, alternating between thriller and romance novels, but also seems to have had a fairly salt-of-the-earth outlook on her writing’s success. She said of her own work in the 1940s, “I think to myself I ought to be shot for writing such nonsense, but it's questionably good escapist literature and I think I should rather like it if I were sitting in an air-raid shelter, or recovering from flu.”

You may be unfamiliar with her name, but Heyer wrote 56 novels over the course of her life, with a million selling per year in Britain by the time of her death. She wrote her first novel, The Black Moth, when she was only 17, as a means of entertaining her younger brother, who suffered from a form of haemophilia. With her father’s encouragement, it was published and sold fairly well. Her third novel, These Old Shades, was released with little publicity and in the midst of the General Strike (a massive, historic walkout that dominated the news), yet it still sold 190,000 copies. At this point, it’s important to note that Georgette Heyer never gave an interview over the course of her long career. She had an intense dislike of self-promotion, called being in the public eye “nauseating,” and told readers that all they needed to know about her could be found in her books. She would reply to technical questions about period accuracy, but that was all. There was no formal media promotion strategy, no book tour, and virtually no fanfare about her work, which was often dismissed by contemporary literary critics. 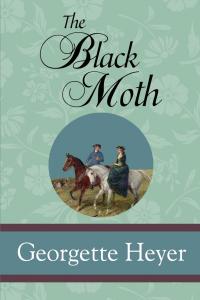 That doesn’t mean, however, that Heyer’s works weren’t beloved by her many fans. Television personality Stephen Fry counts himself among them, having been “completely hooked” on her stories since his schooldays. She saved only one fan letter, according to The Private World of Georgette Heyer by Jane Aiken Hodge; “It was from a woman who had kept herself and her cell-mates sane through twelve years in a Romanian political prison by telling the story of Friday’s Child over and over again.”

Heyer’s work may have touched on a desire for escapism in the years surrounding the world wars. By the time Heyer wrote Regency Buck from her perspective of the village of Slinfold near Horsham in 1935, the novel’s setting of 1811 must have seemed as distant to readers of that time as it does today. Her obituary in the New York Times described Heyer’s books set in Regency England as “cheerful and highly unorthodox” and “in which people never lose their lives, their virtue or even their tempers.” Despite this and the rapid speed with which she wrote her novels, she was known to care deeply about their historical accuracy, and had an intensive research process. Although perhaps best known for her Regency novels, she also wrote books set in the Georgian and Medieval eras, as well as contemporary fiction, on which she collaborated with her husband, a mining engineer and barrister.

Perhaps because of this, the reports of plagiarism of her work by Dame Barbara Cartland (who seems like kind of a fun time, to be honest) carried an extra sting. Unpublished correspondence from 1950 reveals Heyer's anger upon discovering from a fan the similarities between Cartland's Knave of Hearts and her own work, These Old Shades. A solicitor's letter to Cartland followed and Knave of Hearts was eventually reissued under a new title, The Innocent Heiress, with the heading: "In the tradition of Georgette Heyer". Another bane of Heyer's life, as Kathryn Hughes of The Guardian put it, was that she "regarded income tax as a particularly filthy trick aimed directly at her, but could never be bothered to sort out her finances, perhaps because she would then have no reason to carry on writing like a fury."

The woman who paved the way for Bridgerton’s success died in 1974 at the age of 71, shortly after having been diagnosed with lung cancer— she did, after all, smoke up to 80 cork-tipped cigarettes a day. A modern article on Heyer in The Paris Review admits that there are some redundant tropes in the author's work, “But all are characterized by their real wit, fully realized characters, and utterly satisfying conclusions. (Okay, A Civil Contract, not so much.)” This same author makes the excellent point that it is the complex framework of rules in these Regency novels that make them work. After all, what fun would it be to commit a romantic taboo if no one cared?

Get The Private World of Georgette Heyer at Amazon

Get The Black Moth at Bookshop or Amazon

Reading and listening are the two great virtue to be a great writer! I have a strong determination towards writing about the social discrimination and social equity.My writing will also focus on how people could enjoy their lifestyle and meet with others- you could recently found this https://mega.porn/ja.html useful for having a wonderful online browsing time! Thanks for sharing this wonderful literature writings.

I had a chance to read some of her novels. I really like the way she crosses the thriller with the comedy, not every author can do it so seamlessly. By the way, I`m also "sort of" a writer and some people even follow me in my blog chatroulette alternative russe . I don’t have the talent that Georgette Heyer had, but I don’t think it’s the most important thing.