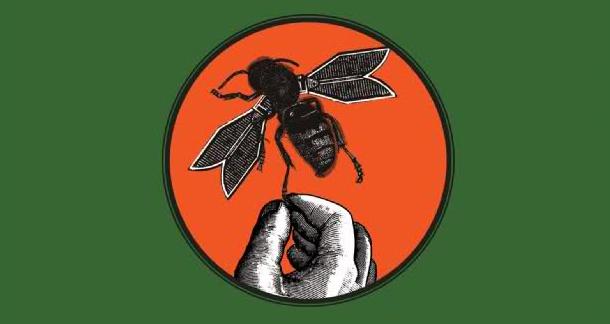 Over 125 years after his creation, Sherlock Holmes remains a beloved character. Just in the past few years we’ve had a second feature film starring Robert Downey Jr. as Holmes and two television series depicting him in the modern day (the BBC’s Sherlock and CBS’s Elementary). It seems our appetite for Sherlock Holmes hasn’t wavered much, and it’s true that many authors have tried their hands at Holmes pastiches over the years—notably Michael Chabon with The Final Solution, featuring an unnamed elderly Holmes, and Stephen King’s short story, “The Doctor’s Case”, where Dr. Watson uncharacteristically solves the case before Holmes does. It often seems irresistible to add one’s own take to the Holmes mythos and even I’ve fallen prey to it with one of my published stories.

Fantasy authors face a tricky problem, though. Despite Arthur Conan Doyle’s personal belief in spiritualism and the supernatural, Holmes was always depicted as eminently logical and rational. One of his most famous quotes is “once you eliminate the impossible, whatever remains, no matter how improbable, must be the truth.” The impossible in this case contains what fantasy writers consider to be commonplace—the supernatural, magic, and dark powers.

Fantasy authors face a tricky problem. Despite Arthur Conan Doyle’s personal belief in spiritualism and the supernatural, Holmes was always depicted as eminently logical and rational.

Still, part of the allure in putting Holmes into fantastical situations is that it takes away some of his edge. Holmes is almost too good. Both Kim Newman (in Anno Dracula) and Alan Moore (in The League of Extraordinary Gentlemen) had to remove him from their stories because, had he been part of them, he would have easily figured out exactly what was going on. Pitting Holmes against the supernatural puts him on unfamiliar ground and gives him more of a challenge. I’ve read that Conan Doyle faced criticism in some of his later stories, people feeling that the stories were getting repetitive. Whether or not you agree, injecting fantastical elements into the Sherlock Holmes universe gives writers the opportunity to bring something new to it.

One way which writers take Holmes into the fantastical is to pair him with other fictional characters, imagining what it would be like if the two inhabited the same universe. As mentioned above, Holmes was only mentioned in Anno Dracula, but characters from the Holmes stories (such as Moriarty) appear in that novel and in The League of Extraordinary Gentlemen. Philip Jose Farmer, the creator of the Wold Newton Universe, teamed up Holmes and Watson with Tarzan in The Adventure of the Peerless Peer, where Holmes is drawn out of retirement at the time of the first World War and must work with Lord Greystoke/Tarzan to stop a German spy.

In Shadows over Baker Street, Conan Doyle’s greatest creation enters the world of H. P. Lovecraft, adding Lovecraft’s distinctive horror to the mix. The anthology specifically focuses on Lovecraft’s Mythos, opposing Holmes’ deductive reasoning with unfathomable eldritch horror. Perhaps the best of these is Neil Gaiman’s “A Study in Emerald” which won the Hugo Award for Best Short Story in 2004. If you haven’t read it, I won’t spoil the story for you, but it’s very cleverly written, successfully drawing on Lovecraftian and Holmesian elements to create a unified whole. But don’t take my word for it: read it for yourself. Gaiman has mentioned that he was inspired to write the story by Kim Newman’s Anno Dracula.

Other stories in the anthology have Holmes and Watson encountering other madness-inducing creatures. In Tim Lebbon’s “The Horror of the Many Faces,” for example, Watson begins the story having just seen Holmes kill and eviscerate someone. He starts working against his longtime friend, only to uncover the horror behind it, a creature that ties into Holmes lore by incorporating bees (Holmes, in the later stories, retired to the Sussex Downs to keep bees). In most Holmes stories, the criminal is uncovered and justice is done in the end. Owing to the Lovecraft influence in these stories, many of them end on an unsettling note with the characters realizing that they may not ever be able to truly combat such horrific creatures.

For those looking for just one single repository of fantastical Sherlock Holmes fiction, probably the best choice is John Joseph Adams’ The Improbable Adventures of Sherlock Holmes. Adams puts together an amazing collection of stories including the previously mentioned “The Doctor’s Case” from Stephen King (which is not truly fantastical) as well as stories from Shadows over Baker Street and The Gaslight Grimoire (most of the stories that have been mentioned here, for example).

Some of the stories in the anthology are straight-up pastiches without much of a fantasy element, and some skew more in the direction of science fiction, but stories still pit Holmes against things as fantastical as the Mummy’s Curse (in the aptly named “The Adventure of the Mummy’s Curse”) or take Watson into an alternate universe (“The Adventure of the Other Detective”).

Your mileage may vary on whether you think Sherlock Holmes should engage with the supernatural, or whether he works best in a world of logic and rationality. Personally, I think it’s a difficult thing to pull off well, but when it works, as in “A Study in Emerald,” it can be magical.

Please point me to other great Holmes pastiches in the comments, fantastical or otherwise.