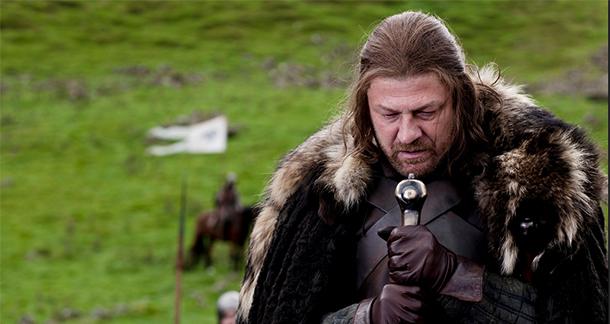 Game of Thrones is coming for your social media feeds this weekend, and what better way to prepare for the latest season of the series than to revisit where it all began, the pilot episode, "Winter is Coming"?

That's right—brace yourselves, it's time to break down the Game of Thrones pilot.

Something I like to say a lot in this space is "fire your guns." If you're writing a pilot, and trying to sell it or pitch it by saying that it sets up some glorious event that you just KNOW is going to be awesome, guess what? Your pilot sucks. You need plenty of firepower right off the start.

My advice? Do what Game of Thrones does, and give us ice zombies, a beheading, an incestuous sex scene, and a kid getting pushed out of a window, all wrapped into a plot full of fantasy-political intrigue with just the right dash of supernatural mystery.

Crafting a pilot that ignites such a sprawling story with no clear heroes emerging for almost several seasons isn't easy. In fact, the original version of this pilot episode was such a mess that HBO trashed it, replaced the director, and reshot the whole thing. Getting it right, right from the start, is the point of a solid pilot.

So what does Game of Thrones get right?

THE POWER OF A TEASER

The teaser reveals supernatural ice zombies in a fantasy setting right from the start. If this is the show for you, you're all-in right away. If you can't handle ice zombies and a few severed heads within the first few minutes, that's your invitation to show yourself the door before shit gets out of hand.

By tipping the existence of supernatural beings, it's clear that magic exists in the Game of Thrones universe. To me, this early reveal is critical—unlike your typical fantasy epics, Game of Thrones is a world that is mostly medieval and not unlike our own medieval times from back in the day, with the exception that there USED to be magic and dragons and white walkers.

So within the first hour, we experience the normal world of Game of Thrones (no magic, no bullshit, just a bloodthirsty struggle for power) knowing all along that we're going to get our dragons and magic and an epic ice zombie clash.

Setting these expectations fuels curiosity and intrigue, all with the choice and placement of the white walkers in the teaser scene. 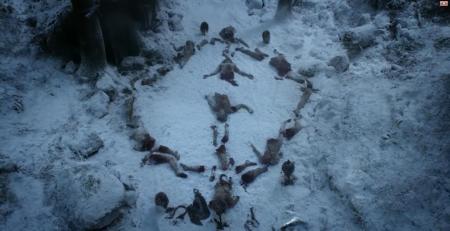 GOT famously goes entire episodes (or seasons!) without visiting some of the main characters. Easier to do now when the entire world is seemingly invested in the outcome of the series, but what about the pilot episode?

Even the pilot isn't shy about bouncing around from location to location, from character to character. This gives the whole episode an epic feel without feeling rushed for a few reasons.

For one, the settings are distinct and interesting. Within one second, you can tell that you're at The Wall, or King's Landing, or in Pentos. Each one has its own mood and colors.

The other critical thing is the characters inhabiting them are interesting and unique in their looks, actions, and attitudes. Shorthand for pulling this off in fantasy is to make someone an elf or a wizard, but these are all deeply flawed humans, steeped in realism, and each of them has their own set of grudges, agendas, and alliances.

Critically, every single one of those grudges, agendas, and alliances conflicts with someone else's. We don't need to see the conflict right away to know that it's there. In the pilot, we watch the water in the pot smoking, maybe a stray bubble floats to the top, but it's not quite boiling yet, and won't explode for weeks to come.

And that's the secret, isn't it? To get a viewer or reader or fan to stare at a pot that is just about to boil, but doesn't, and maybe won't for a long time?

Finally, there is a big temptation to have exposition dumps in a pilot like this, but the characters are more concerned with themselves than giving you information. Half of the information in the episode is left for you to figure out, and most of the conflicts and potential for future clashes is percolating in your head instead of being spoon fed to you on the screen.

The pilot needs to introduce us to the main characters and main conflicts that carry us through season one. And guess what folks? Have you forgotten that there IS a hero in season one? It's Ned Stark.

I watched the first season cold to the books, and one thing that stands out is just how hard you root for Ned the entire time. He's a classic hero, honorable to a fault, but in traditional stories, those traits are rewarded with victory. Obviously, Game of Thrones plays by different rules, and season one is lesson one in that regard.

None of that works if we don't see most of the critical plot movements in the pilot and season one through Ned's eyes. 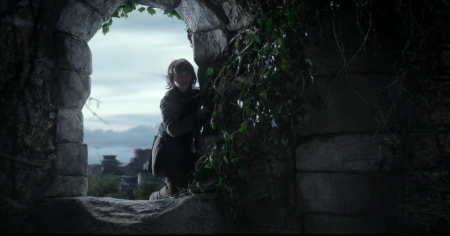 CREATE SPACE WITH A CLIFFHANGER

Pure cliffhangers are kind of shit on as a plot device, but one thing I've noticed about quality television shows that have a big story to tell is that they are careful about using well-executed cliffhanger moments to create space.

What do I mean by create space? A cliffhanger is kind of a cheat code to get someone to tune in to the next episode. Do it wrong, you just piss people off, but Game of Thrones does it right because we get a resolution of action, but not the result of that action.

How do you check for this moment? Any show that leaves mid-scene and comes back mid-scene as part of a cliffhanger device is risking the goodwill of their audience.

A shitty cliffhanger would be something like Jaime Lannister drawing his sword to kill Bran, and we cut out before he can strike the killing blow. Leaving with someone in peril is sure to infuriate people (yeah, I'm looking at you, Walking Dead).

GOT gives us a clean finish to the scene. Jaime shockingly shoves Bran out of the window. We get the action. We see what happens. The scene is logically over, and if we were staying in the episode, it would cut to another scene. However, before we're done gasping, the episode cuts to black.

We'll tune in to the next episode because we want to know what happens to Bran, but more importantly, we're going to watch the whole season because now we want to know what happens to the Lannister siblings—mostly how the heroic Ned Stark is going to punish them for their evil acts. At least, that's what we thought at the time. What can I say? I was a sweet summer child back then.

All this to create space. What's that mean? GOT needs time to unravel, so using a well-executed cliffhanger is a way to refocus audience attention on the second episode, where they have another sixty minutes to sink the hook even deeper.

Good television makes you want something and then doesn't give it to you. Game of Thrones has made a science out of that exchange scene by scene and season by season.

With the final seasons looming, we still don't know if it will give us what we want, but millions will go along for the ride.

What was your impression of Game of Thrones when you first watched the pilot? Sound off in the comments!